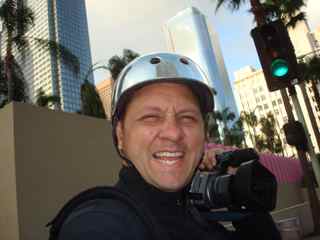 Clarence is frequently referred to as “the hardest working man in transportation show biz” for his dedication to making difficult, wonky concepts more accessible and entertaining to the general public.  He's been documenting advocacy transportation for over ten years and produced 200 Streetfilms.

With no formal video training or education in an urban planning field, Clarence attributes much of his accumulated knowledge to never holding a driver’s license.  99% of all footage he shoots is by bike, foot, train, or bus, which gives his filmmaking a unique, see-it-as-it-happens feel.  He also loves his commute. Kelly joined the team in 2012 as an intern for Streetsblog and Streetfilms and worked her way up to Development Associate in 2013. She graduated from UC Berkeley with a degree in History and minor in City & Regional Planning, where she focused on the nexus of gender relations and urban transportation. She is currently applying to grad school and is committed to improving the commutes of women everywhere.

A current Brooklynite, Kelly is a California native with aspirations to bring east coast civic innovations back west. You’re likely to find her riding her Fuji around Brooklyn or eating kale in any form, in any number of locations. Follow Kelly on Twitter @TranspoDon. 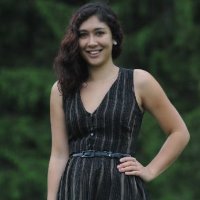 Carrie holds a Masters in Environmental Policy from Bard Center for Environmental Policy, with a focus on environmental justice and transportation issues. Her thesis examined how grassroots organizations act as a bridge between policy makers and communities to push for smarter, more responsible, and bike-friendly public policy. Carrie is an urbanite with rustic tendencies. She enjoys food and loves to make everything she possibly can from scratch. As a Los Angeles native who does not know how to drive, Carrie has always had a fascination with alternative modes of transportation and feels that NYC the perfect place for a non-driver. She plans to bring what NYC has done back to LA in hopes of removing the city’s reliance on the car.