Asunción, Paraguay: A Walk on a Bikeway Yields Evidence of a Rail Past 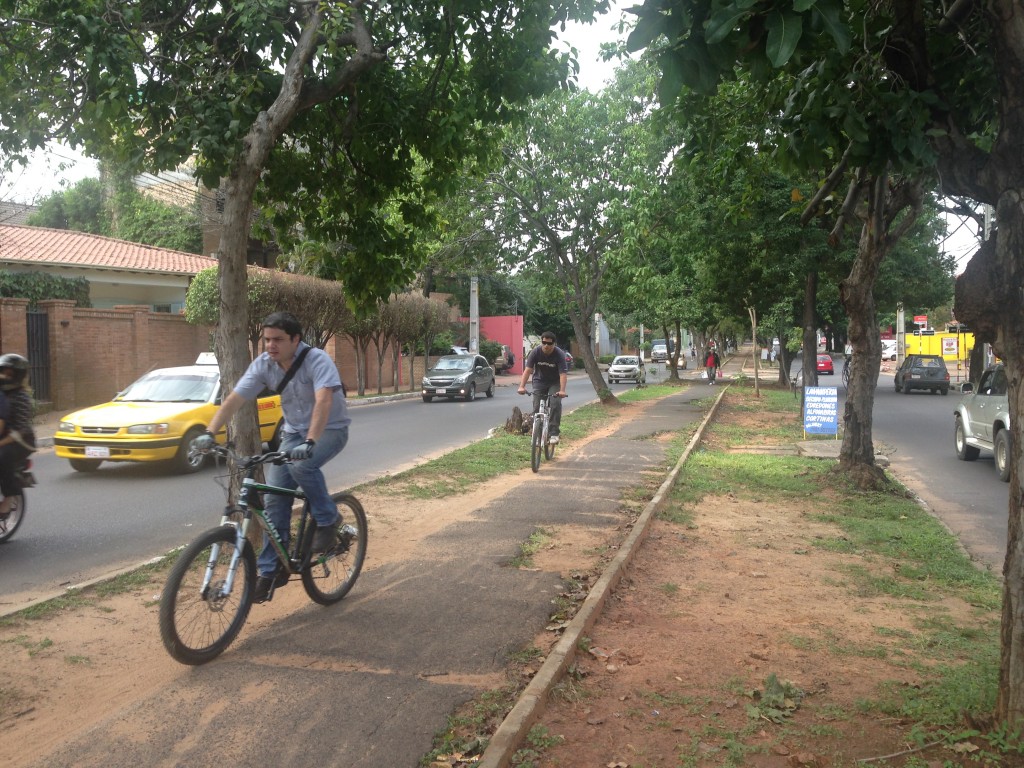 This week while in Asunción, the largest city in Paraguay, I was surprised to learn the country introduced the first railway service on the content - sometime in the 1830s. But sadly, there are no longer any kinds of rail or passenger service here.

That's such a shame. Paraguay is a very poor country. For the most part its roads are choked with traffic and the vehicles on the road spew emissions that you can taste. The pedestrian environment is as bad as I've seen anywhere with horrible sidewalks and drivers who yield your right of way, um...never! For a place that frequently scores as one of the happiest places on the planet, it's very hard to get around without a car. If you don't have one, you'll be cram on the packed buses that really need to be modernized. 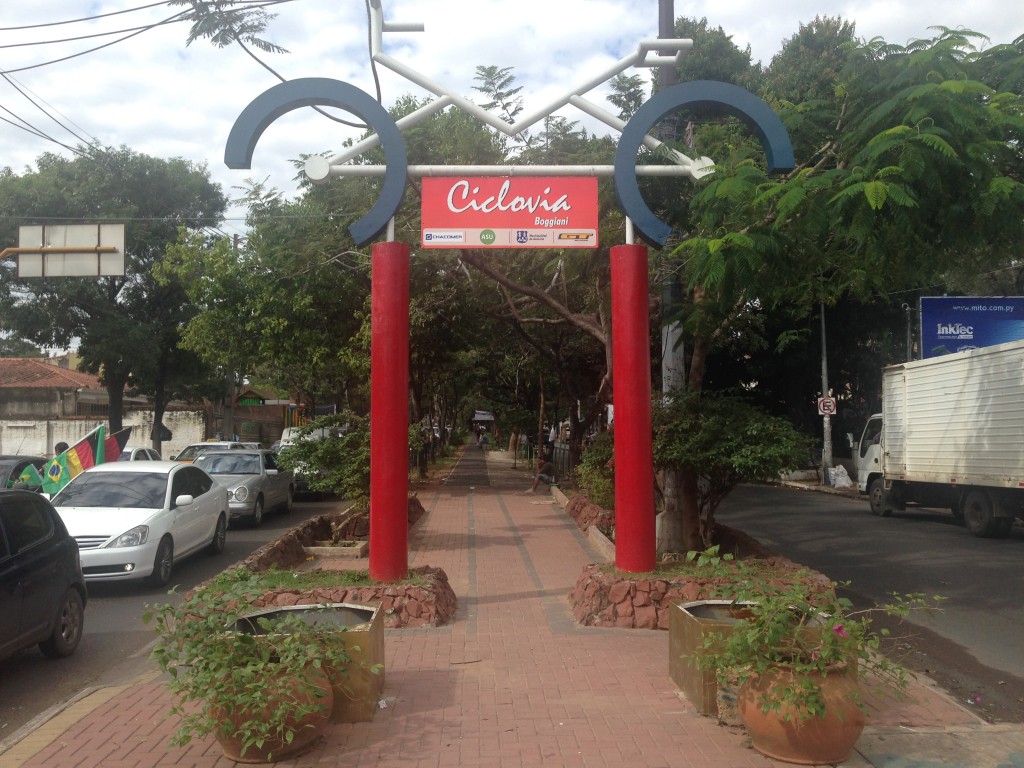 While staying with new relatives outside the downtown, my wife and I went for a long walk in the median of Ave Boggani, a very rare pedestrian and bike path sandwiched by fast-moving, noisy cars.  Although the greenway was pretty beat up in parts, it was one of the few places to take a safe stroll and recreate. 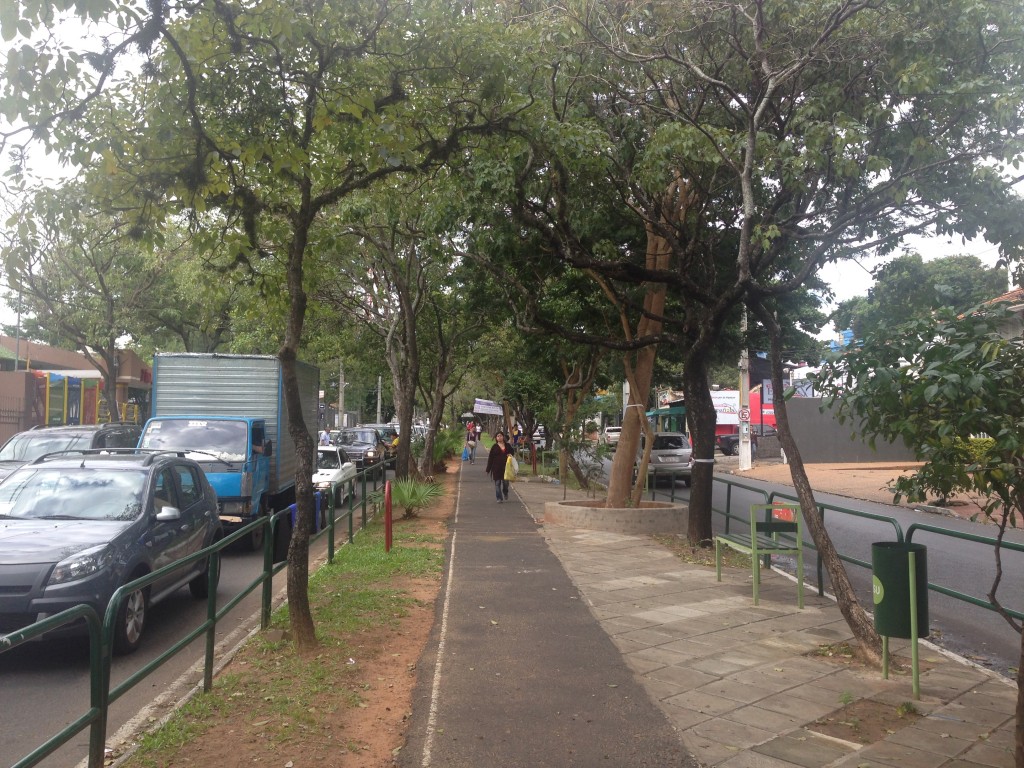 It was along here that I found evidence that many years ago (it was said maybe forty or fifty?) that the street had a rail line down part of it. I snapped some photos when we came upon a few segments of the leftover rail tracks. And then a little further up we saw what was likely the remnants of a boarding platform, which I believed was the final stop on the Avenue. 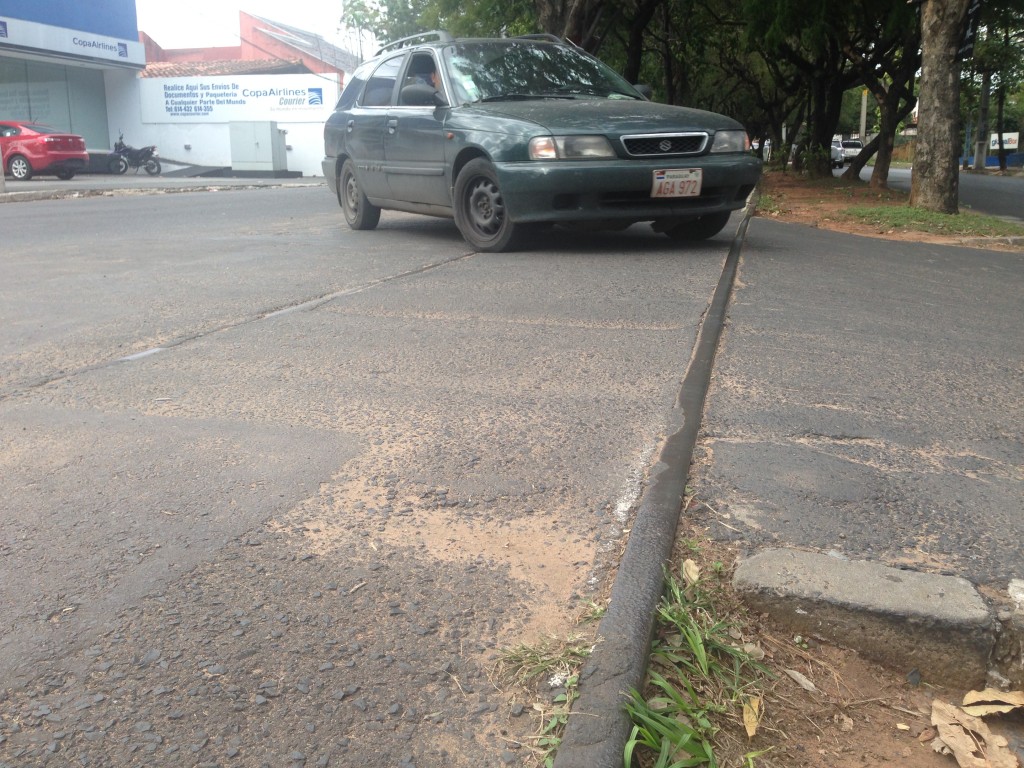 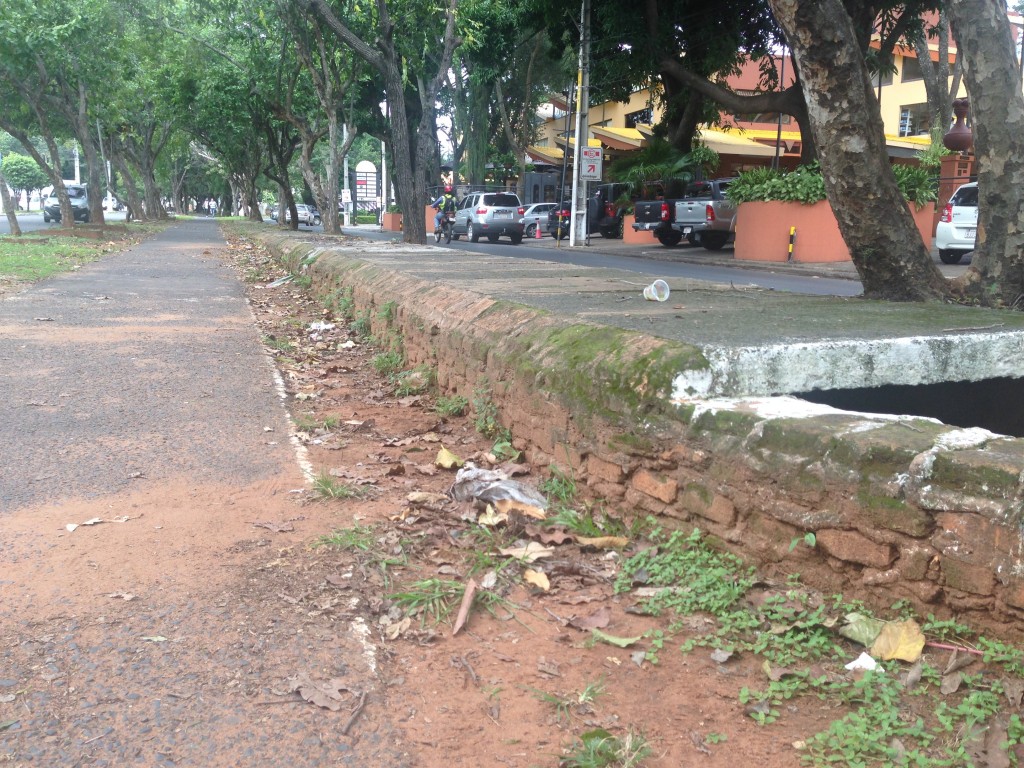 Of course, many of us transportation advocates in the United States are pretty familiar with the General Motors Streetcar conspiracy. which lead to the removal of many functioning mass transit systems across the United States. I'm not sure what happened here and my wife's cousin couldn't yield much insight. The guess is likely neglect and lack of funding led to its failure, but if anyone has any insight, please leave in the comments section.

(UPDATE: My wife's cousin was able to send me some information he uncovered on this great website, which tells the story of the rise and fall of Paraguay's rail and tram lines.)

Of course I'm glad it was transformed into a median with a moderatley functioning bikeway. But all you need to do is look around Asunción and see much of its problems are connected to its lack of transportation alternatives that are safe and easy to use. I believe one day if it had a sort of Enrique Penalosa commitment, it could change dramatically.