CNU23: A Wrap Up of My Experience in Dallas & Ft. Worth

Had a great time at the Congress for New Urbanism Conference in Dallas. It's always great being around transportation & planning people for a few days. Dallas is a city with many challenges and hopefully many of the minds in attendance made an impact in helping the intrepid advocates there gain more momentum.

One of the first things I did (see above) was go out and ride the newly opened Dallas Streetcar from Union Station to Oak Cliff. For now it only has four open stations and 1.6 miles of track, but the cars are nice and the ride quick. I got to hear from Jason Roberts the funny story of how residents created a "fake agency" to get buzz started on resurrecting the streetcar. I suggest reading that linkage.

Another big name in Dallas is the indefatigable Patrick Kennedy who cajoled me into coming along and filming his "Freeways Without Futures", CNU23 edition. I was glad I did. Nothing is more dramatic then seeing the destructive power to a city neighborhood that the presence of a massive downtown highway from above, in this case the I-345. And now you can via the Streetfilm above.

The amount of parking in Dallas is freaking intimidating. And so are the expanses of concrete and basic lack of street-life after about 6:30 pm. Except for a few welcoming pockets here and there, like the wonderful Deep Ellum neighborhood and Klyde Warren Park (in the below short) there's not a whole lot of people energy in the core of the city. Cars and roads rule.

It's a shame. The walking environment is missing plenty of sidewalks in places. Curb cuts are haphazard,  making navigating around for the physically-challenged and older folks very troubling. I don't even recall a lot of painted crosswalks. It's basically a downtown for the car and the weekday commuter. I saw many tweets from fellow CNU attendees showing problems they encountered. This was typical:

As seen on walk to Deep Ellum. #YouHadOneJob #cnu23 pic.twitter.com/xQ4Nm8HV4o

There ARE some buildings where residents are living downtown. But you'll find some horrible scenarios at work. Look at this series of photos showing how this one pretty nice park which is walled off from the building entrance. Like Berlin Wall High! Yeah, seriously. There's not gonna be a renaissance anytime soon with this kind of design. 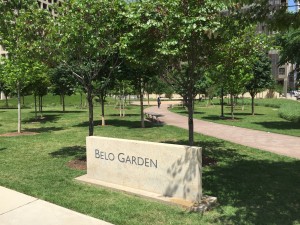 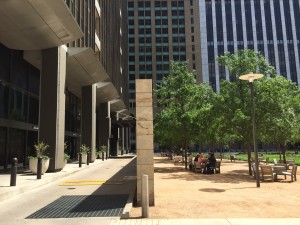 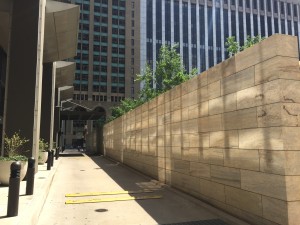 There's not much in the way of bicycling infra in Downtown Dallas either. In fact, here's a satirical tweet of mine that I now kinda feel bad about. But it's probably in my Top Five all-time retweeted photos. So that's saying a lot.

We found the legendary Dallas green bike lane. It's like seeing a unicorn. @StreetsblogNet @Naparstek pic.twitter.com/F4gh3JMX1I 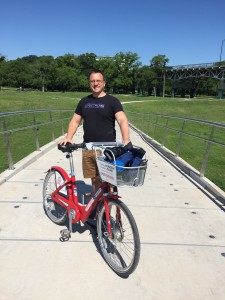 Thankfully, I was convinced by Ethan Kent from PPS that I needed to ride the Trinity Railway Express and see Fort Worth. I was only there for about four hours, but the pedestrian environment there was much more pleasant. Ft. Worth had its own great public space to offer in Sundance Square Plaza (look for a Streetfilm to come shortly!) and also has a B-Cycle bike share which allowed me to get the most out of my time to see the Trinity River Trails and host of other things.

As you'd probably guess, I'm a film buff of course. So it was with great excitement I was brought to the Ft. Worth Water Gardens before boarding the train back to Dallas, where I learned it was the filming location of the famous waterfalls scene near the end of the 1976 film "Logan's Run" was filmed! So cool for a child of the 70s and 80s. 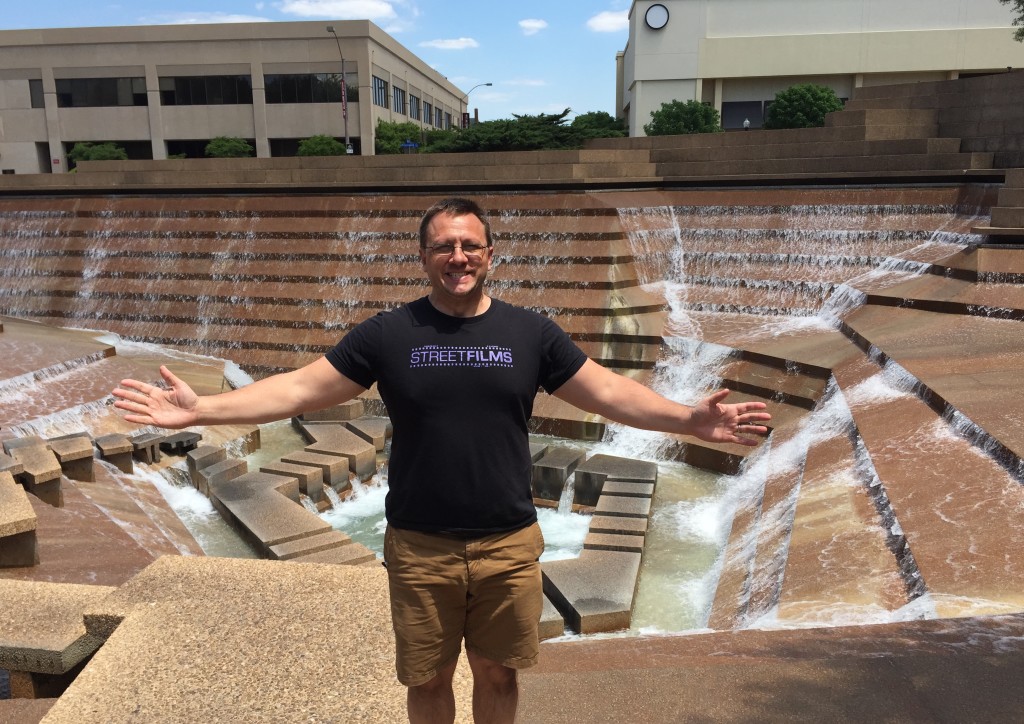 However, this may just be the best post of the night, knowing what transportation and planning nerds we all are. I'll just let this speak for itself from Josh Paget. Just made me laugh out loud as I was finishing up this entry. You gotta read it, so you may have to click it to enlarge. That sums up a CNU crowd like no other. 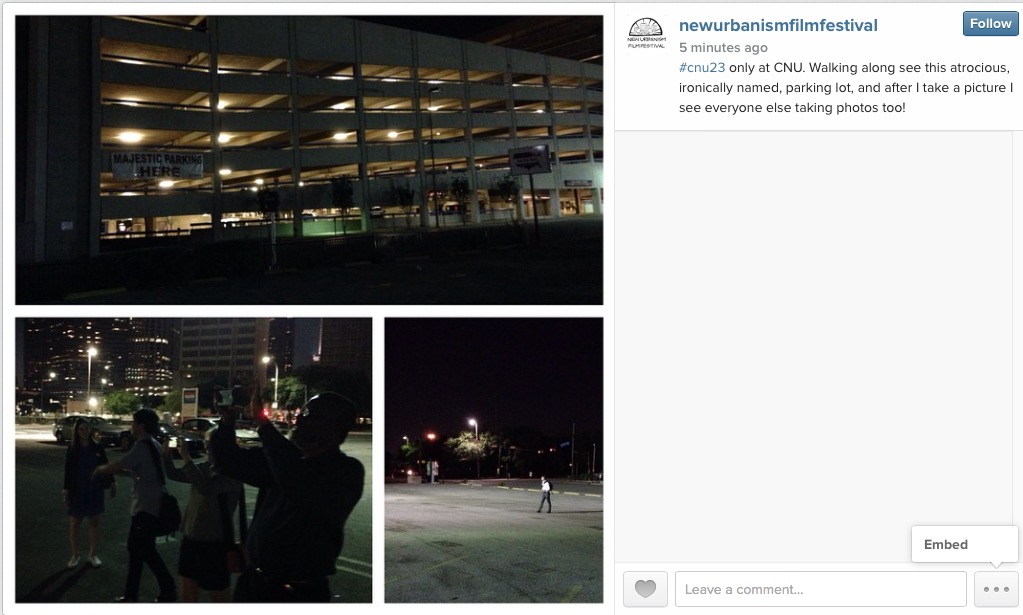