As you know, in this space I am always trying to find ways to inspire and change our streets for the better, which means giving you tools or film ideas to use in your community. Of late I've been doing some documentation using my GoPro and have been pleasantly surprised at how incredibly educational the footage can be.

Here in NYC, there has been an intrepid battle fought by many groups and Queens leaders to improve 111th Street, a dangerous speedway to cross for pedestrians and cyclists. In April, NYC DOT, working from results of a Vision Zero workshop spearheaded by Make the Road and Transportation Alternatives, presented to Queens Community Board 4 a smart proposal to put 111th Street on a road diet, add a two-way bike lane, and make the pedestrian crossings safer for the copious numbers of families, children and seniors going to Flushing-Corona Park & The Hall of Science.

But some members of CB4 are pushing back, including NYS Assembly Member Francisco Moya, who “has expressed that he will do everything to block this project,” according to Julissa Ferreras, the council member who endorses the NYC DOT plan and has allocated $2.7 million in capital funding to make it happen. (The above graphic is the proposed new road alignment from NYC DOT.) 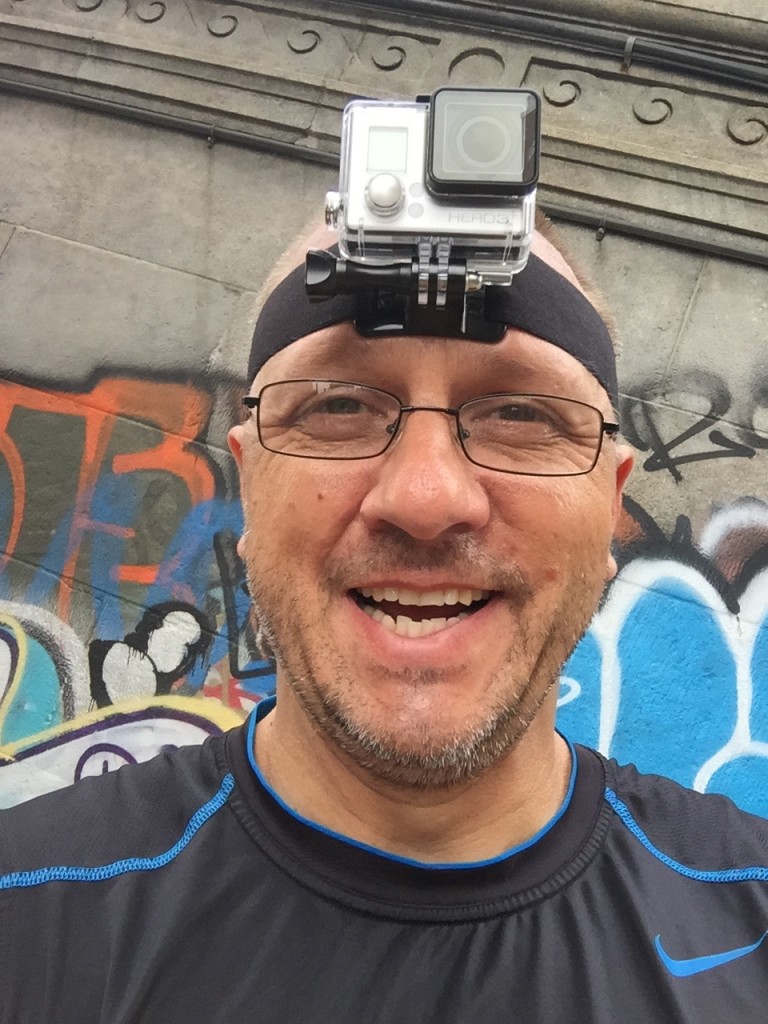 So last weekend I decided to go out, strap a GoPro to my head and provide some running commentary in an attempt to show people just how dangerous it is to cross 111th! I'm in that area frequently, and as an adult it is very scary. And now while sitting back and editing the footage I can't believe how much I was jerking my head around to constantly monitor the traffic. In fact, I've ridden with the GoPro on my head while bicycling all over the city and I have never seen footage quite like that (which admittedly might make some a little queasy.)

I'm hoping as the community gears up to further debate this plan, this footage will come in handy. The most amazing thing is that I only recorded about 15 minutes before my battery died, now I've been thinking about what the footage would be like on a more busy, perilous day.  Based upon how the next CB4 meeting goes. I'm pondering making a full film on the dangers of 111th Street if the plan continues to be blocked. CB4 Residents deserve better.

Wherever you are, documentation is the irrefutable key to getting real change on your streets. Go out and make it happen!