Driveway or front yard, which is more valuable to you?

As many of you know, I continue to struggle with some bad back and hip pain suffered from a car crash I was in last year.  I'm still not able to run or hike, but I've been able to do more and more walking.  As a result I've been exploring many neighborhoods and making interesting observations.

Last week, I took an afternoon constitutional with my wife Fatima in Jackson Heights, Queens. We were strolling down a residential block near Laguardia Airport when she pointed out an extraordinarily quirky thing: one side of 80th street had driveway after driveway while the opposite side had none.  Not one.  And the contrast in the walking, living environment couldn't have been more striking.

Check it out. First up is the west side which had rows and rows of car parking, fencing and very little in the way of beauty.  It's primarily storage for metal boxes and the space is dictated by that. 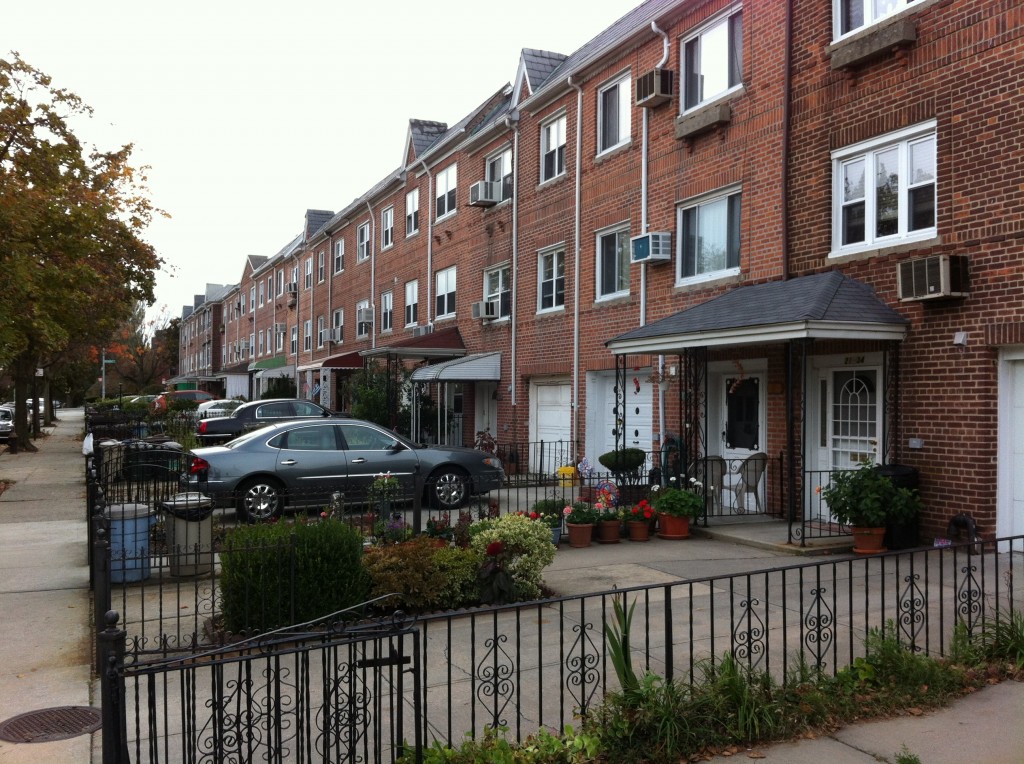 By contrast the east side of the street is filled with gardens, art and beautiful trees.  It's really hard to believe this is the same block! 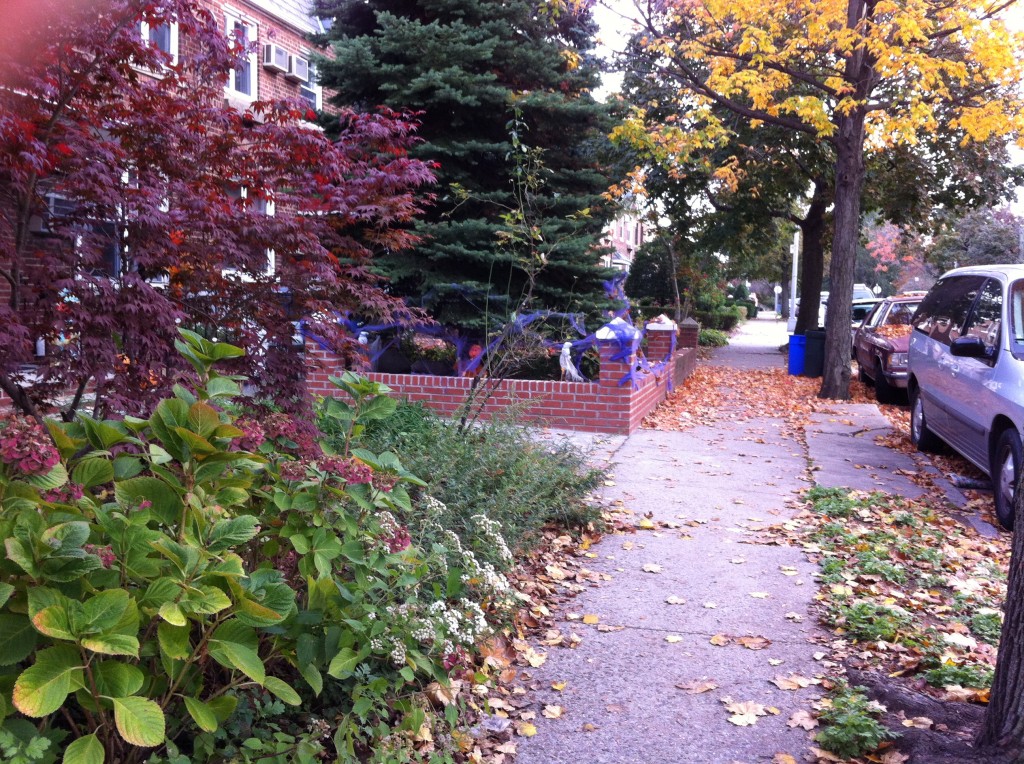 The visuals yield an amazing story: accommodation for cars ruins the living environment for humans. There are 28 driveway ports on the west side which puts cars (mostly) on concrete lawns.  Their presence makes that side of the block u-g-l-y.  There's almost no room for trees, shrubs, and plantings. And it dictates unattractive (and apparently obligatory) fencing to delineate "your" driveway.  Also of note: curbside parking is severely restricted due to this layout.

On the side without parking, it feels more like an integrated streetscape.  The flow from one yard to the next is sometimes seamless.  There is much less fencing. There's room for healthy-sized trees and creativity. The garbage cans are not as obvious. It's a really nice place to stop and chat with your neighbor.

If you want to get a POV feeling, below I put together a short video montage shot from the same spot on both sides.  Again, the juxtaposition is pretty remarkable.

It's very intriguing why this block turned out the way it did.  In fact, some homes on the east side appear to once have had driveways which were later converted to front lawns. I asked one gentleman who told me he didn't know why it was the way it was.  Living on the west side, he said he enjoyed the convenience of having his own parking spot, but "if my house was on the other side of the street, it'd probably be worth a little more."

An overhead view of the street provides another perspective.   Notice the differences: the amount of concrete, the lack of on-street parking on west side and the abundance of greenery on the east side. 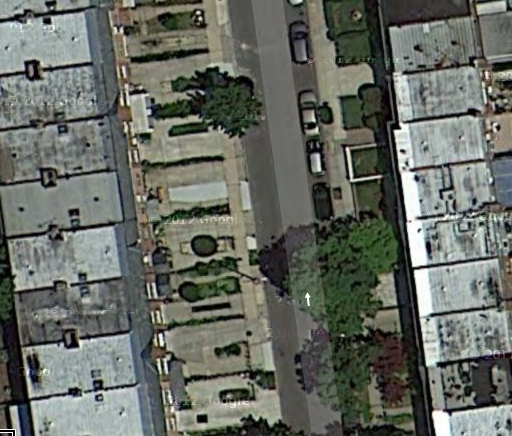 Ever seen anything similar in NYC?  Can you think of any reason why this street layout is so odd?