While spending a week in Montreal, my wife and I stayed right along the Rue Sainte Catherine, which we discovered is closed to motor vehicles from May 15 through September 6 in two main sections. The first, a mile-long stretch that's been car-free in the summer since 2008, has a lot of restaurants and is filled with pedestrians all night long. The second, a more recent addition, is a smaller section to the west which features plenty of programming and music near the Place des Arts.

I put together a montage that will give you a small taste of the experience. It's hard to convey the peace and quiet you feel, but I tried.

I last visited Montreal in 2001 to ride the annual Tour de L'ile, and the bicycling is as good as I remember it. We got Bixi bikes one day and documented a little of the biking life. The p.m. rush hour in Montreal is pretty thick with cyclists in the protected bike lanes. And, as in world's other great bike cities, you'll see many children and seniors riding. Good indicator species.

Mikael Colville Andersen at Copenhagenize seems to think Montreal doesn't get its bicycle props. I'd have to agree, at least during the beautiful summer months.

I'll end with the below photo. My wife used a restroom and was telling me all about this great advert on the back of the door featuring women and transit. I wanted to see it badly, so I made her go back in and take a photo. Translated as "Beautiful Girls Aren't Just in Limousines," it sends a great message to young women: "Save time, save money, chance encounters, autonomy, speed, etc. Public transportation is more than just a way of getting around."

I'd love to see similar campaigns here for American teens. After all, a big part of gaining independence is having the ability to travel. 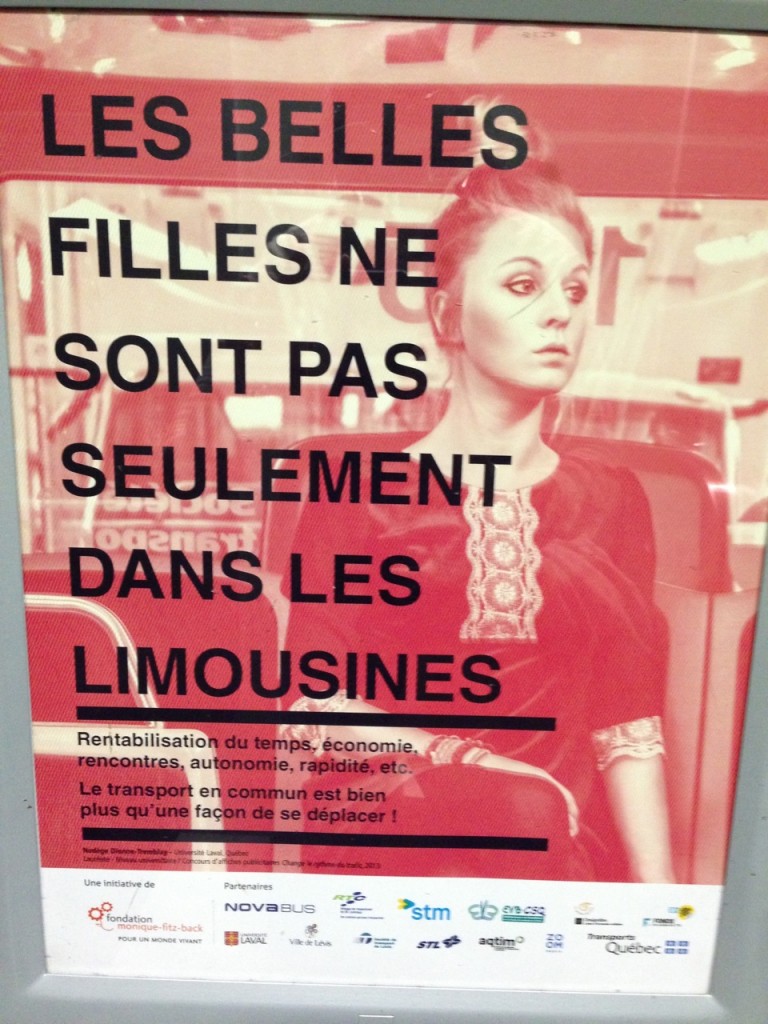