Groningen, The Netherlands: The Bicycling World of Your Dreams 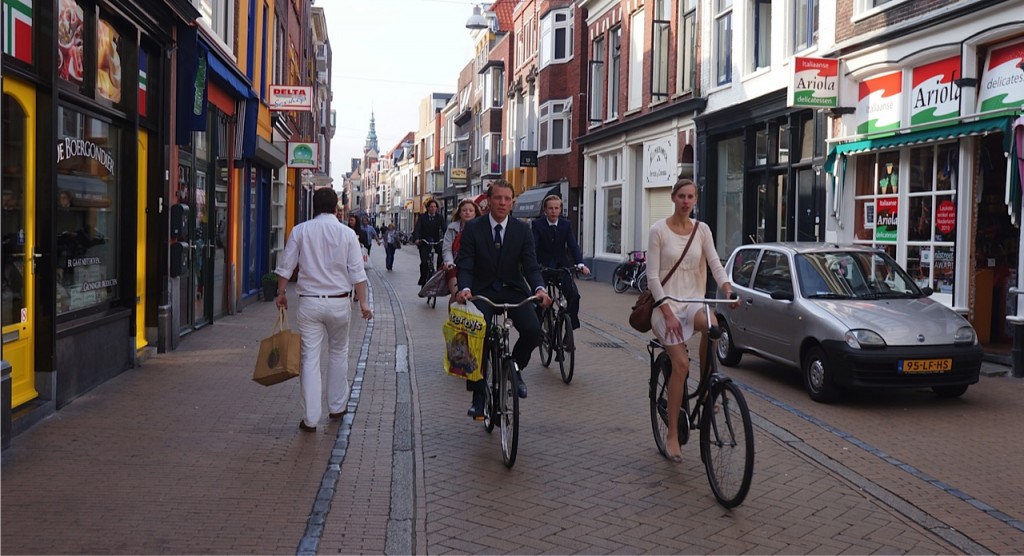 When I first moseyed off the train in Groningen and began the mile walk to my hotel, I remember laughing often as I looked around in little boy amazement. For years I had pictured how the world of Groningen would appear and this was the first time in my life where reality exceeded imagination. It really is bicycling nirvana. It's like the board game Candyland with bikes instead of sweets. Or maybe better yet: Willy Wonka & The Bicycle Factory.

I'm 46 and I've never been to Disneyworld, but I kinda felt like I had wished upon a star.

Okay seriously - schmaltz aside - I can't accurately convey the profound joy and silly happiness I fondly recall when I think of my three days in Groningen . In fact, I've been a little overly-concerned the Streetfilm I've been working on will not visually do the city justice.  Since many of you have inquired how editing has been going, I wanted to give you a small bit of what I was surrounded by. So here's a short montage tease lifted from my current 15 minute rough cut.

How can bike mode shares possibly go that high?  Well wherever you go in The Netherlands great care is taken to make your bicycle trip safe, swift, and convenient. You prefer to ride a bike no matter the distance because it will be faster, healthier, and cheaper!  Here's a good example in this graphic from the still-uncompleted Streetfilm, comparing car & bike travel times from my hotel to shoot my first interview in Groningen. 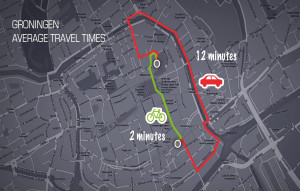 My Streetfilm will contain lots of great moments. An IKEA's bicycle parking.  A crossing over a canal that goes the extra mile to accomodate cyclists. Bicycle parking for over 10,000 at Central Station. The amazing, omnipresent cycle tracks and car-free (and light) areas of downtown. And of course words from the denizens of Groningen telling you why it's so great to ride a bike. In the Netherlands it's nothing special to be accommodated as a rider.  It's just expected. 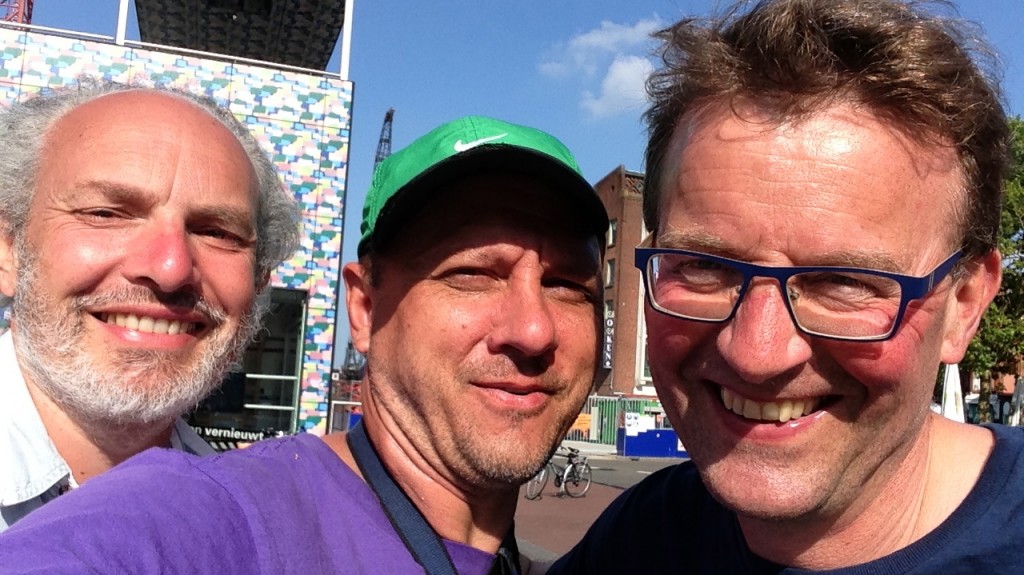 I was incredibly fortunate to have two legends that showed me around. Cor van der Klaauw (above, right) from the City of Groningen was  gracious to grant me some time to show off Groningen's greatest accomplishments. I was also very lucky to spend time with David Hembrow (above, left) who publishes the tremendously educational blog "A View from the Cyclepath".  (David and I rode from the city of Assen to Groningen, which I will publish as an additional Streetfilm sometime this fall.)  If you really want to experience three densely-packed days worth of bike infrastructure in the Netherlands, you should look to book one of Hembrow's study tours.

I could write pages more about the magic of Groningen, but maybe I should get back to editing. For now, I'll end with some more photos for you to peruse. For now enjoy! 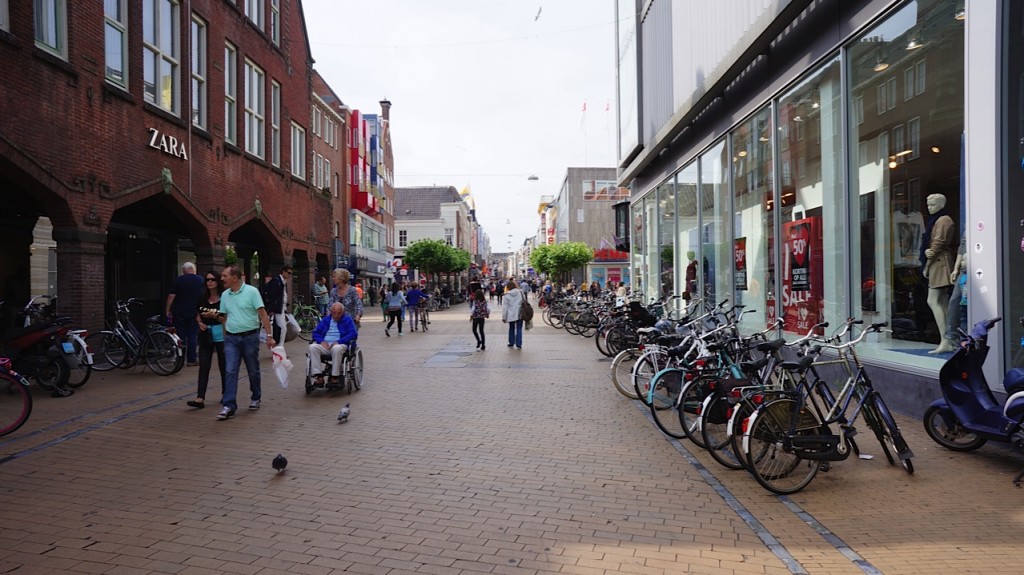 Hundreds of stores and shops prosper on car-free and car-light streets. 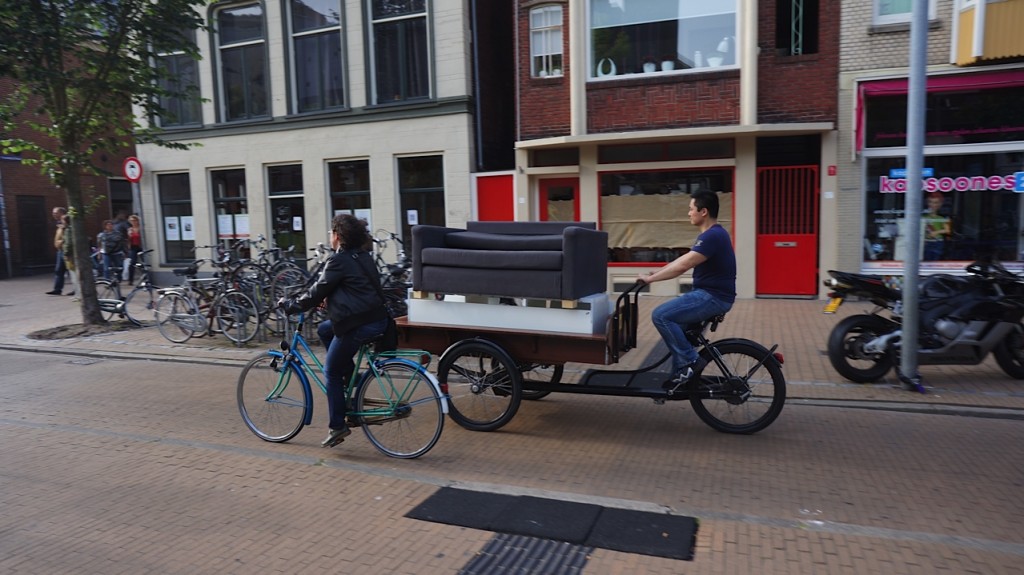 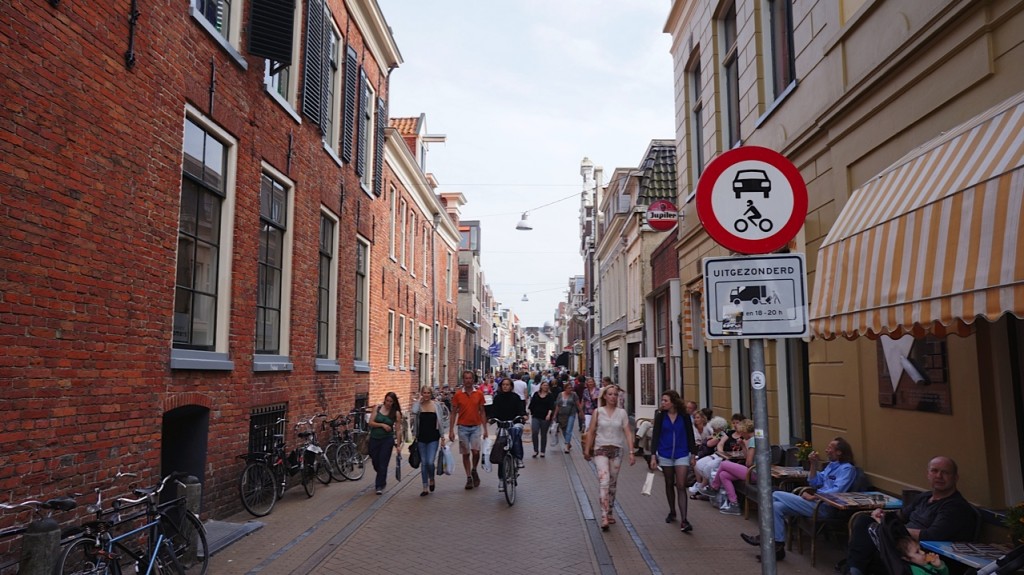 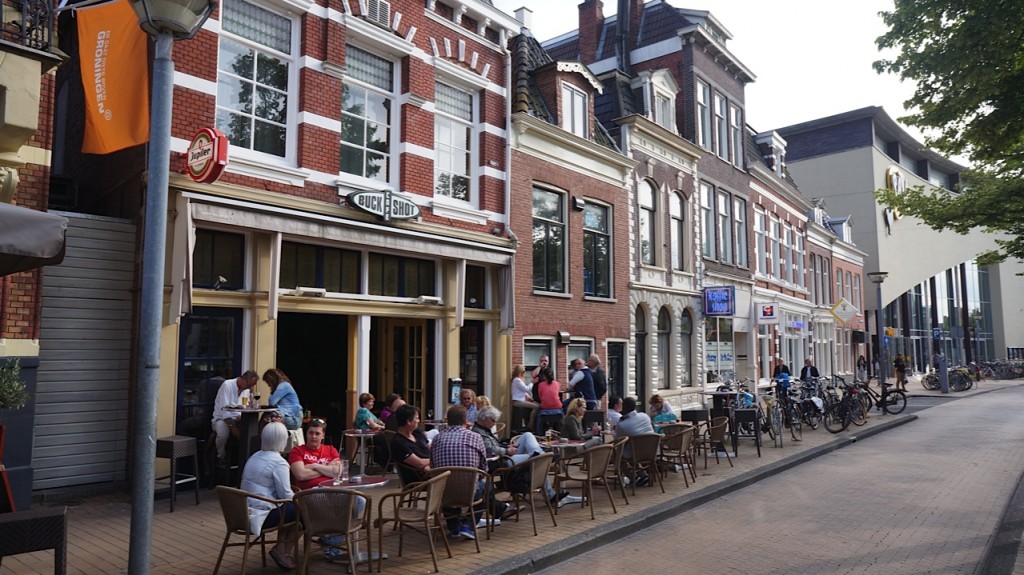 Sidewalk cafes abound, even though most people (gasp!) ride their bikes. 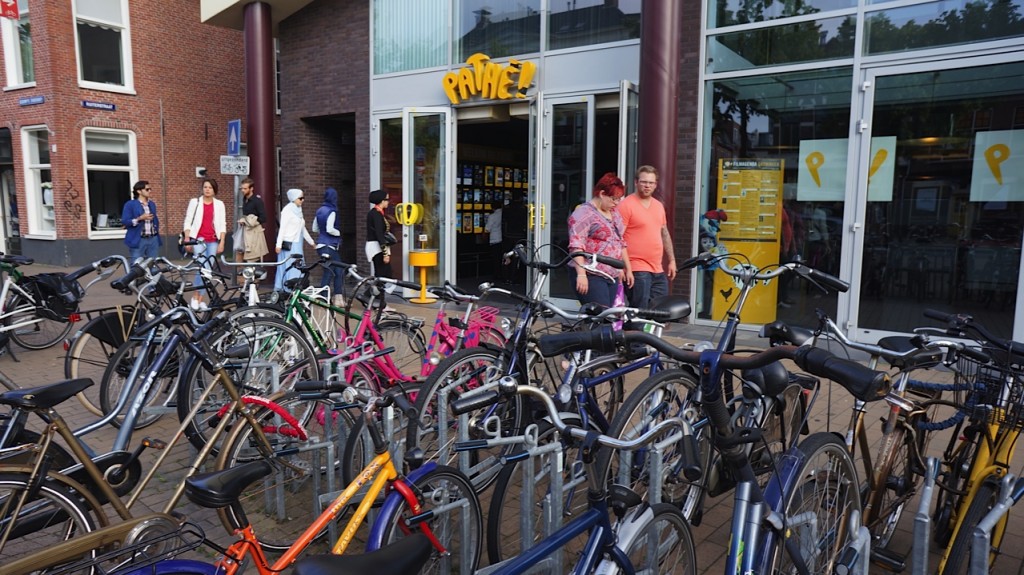 The cinema has hundreds of bike parking spaces out front. But not one car-parking spot. David Hembrow tells me there are an additional 700 free, guarded bike spaces indoors just behind the theater!! 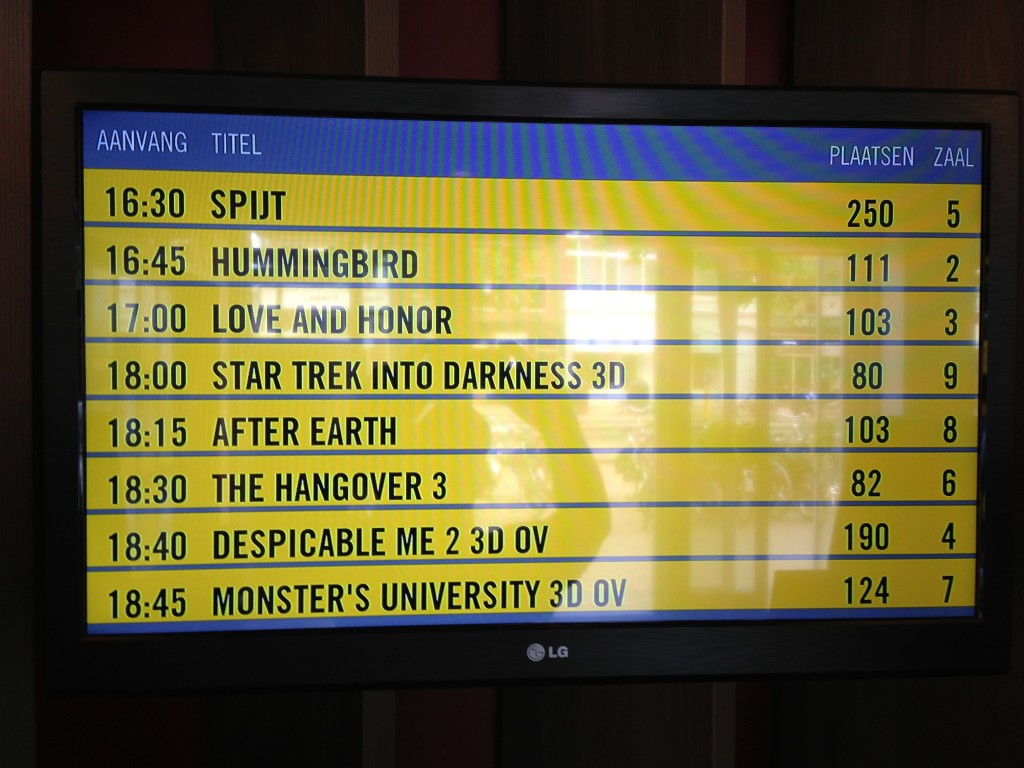 Okay, completely unrelated to livable streets, but why can't the U.S. get movie theaters that show you how many seats are left for a showing?