A Groovy Array of Bicycling Streetfilms From The Netherlands

With so many of my friends posting Facebook photos and Tweeting short video snippets of what they are seeing while in Amsterdam at the PPS Placemaking Summit, I thought this would be an excellent time to compile in one place most of my Streetfilms I've shot there since my first visit in 2013, great films to watch right now whether you are there with them or not. 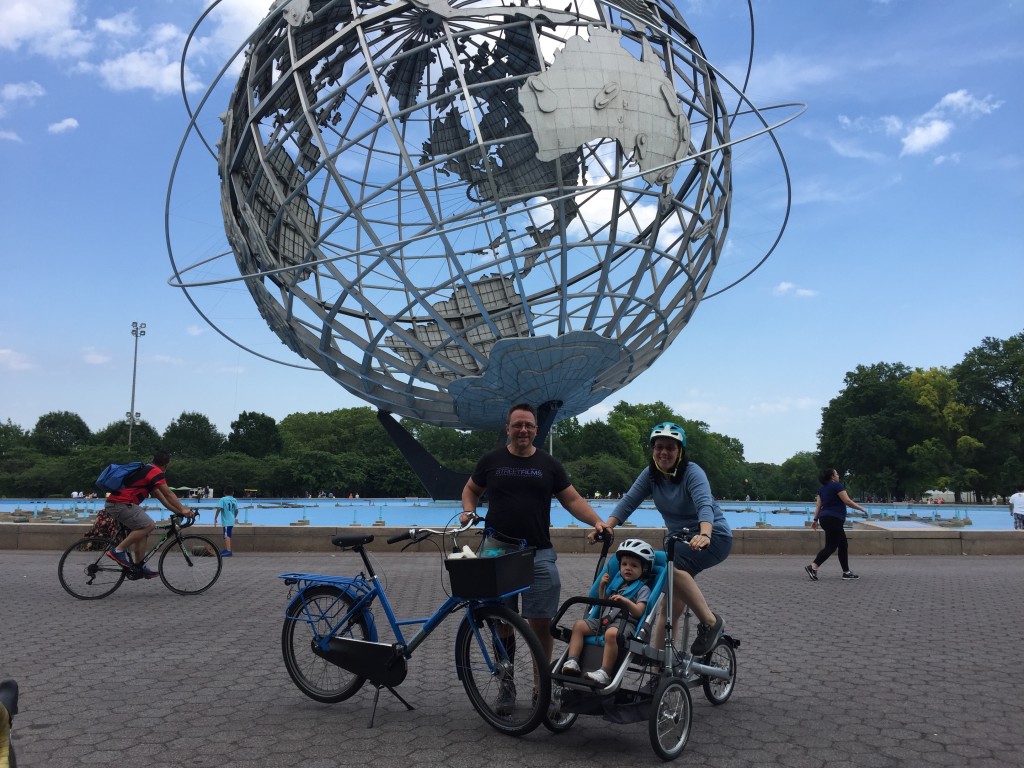 "Bicycle Anecdotes from Amsterdam" at nearly 370,000 plays was a fun one to make and very quickly edited together with little effort. So much so that I thought it would be entertaining but by no means did I expect it to become our 4th most popular film of all-time (out of over 800!) But it has a lot of nice moments in it. (Side note: partly due to it, I ended up buying a Fre8 WorkCycle thanks to seeing them being made in the shop while being able to chat with Henry Culter. See above photo!)

Of course, our universally loved Streetfilm on Gronigen proved to be groundbreaking and now is heading towards a half million Streetfilm plays across all media we can track. We had read stories (50% bike mode share!) and seen a few short snippets of the great downtown of Groningen on Youtube before deciding to work in a visit. We were glad we did. Even four years later, if you type in "Groningen" and "bicycling" into search engines, our film is the first to pop up. And in the aftermath of my visit there were dozens of stories on Groningen, many citing or even embedding our Streetfilm in their coverage. (BTW, a reminder: anyone can embed our linked videos in their reports or websites.)

In 2017 I was able to return to The Netherlands while attending the VeloCity 2017 conference and I fell in love with the city of Nijmegen. I had been planning to just shoot a few shorts while there on all sorts of tours and interviews with people. But while roaming around on foot downtown, I couldn't believe how car-free the city was and how there were a series of steel bollards that kept cars out most of the time. Simply amazing. So I rushed to grab enough interviews towards the end of the conference to produce the result above!

Additionally, the Arnhem-Nijmegen region boasts the quickest, safest continuous bikeway I have ever ridden. You are gonna want to watch that too!

Jumping back to Amsterdam, I actually assembled this fun montage in a few hours one night after my first full day of shooting to get people psyched for my videos to come. It too was a very modest hit!

At this point, I'll leave you with the linkage below to even more Streetfilms. Please enjoy them!  And go to the Netherlands if you want to see great bicycling infrastructure!  And for those still waiting for more? I do have a long gestating film from  Rotterdam I hope to have ready, eventually.

"Journey from Assen to Groningen with David Hembrow":

"From Netherlands to America: Translating the World's Best Bikeway Designs"