Humans are conditioned to stay off streets, even when there are no cars! 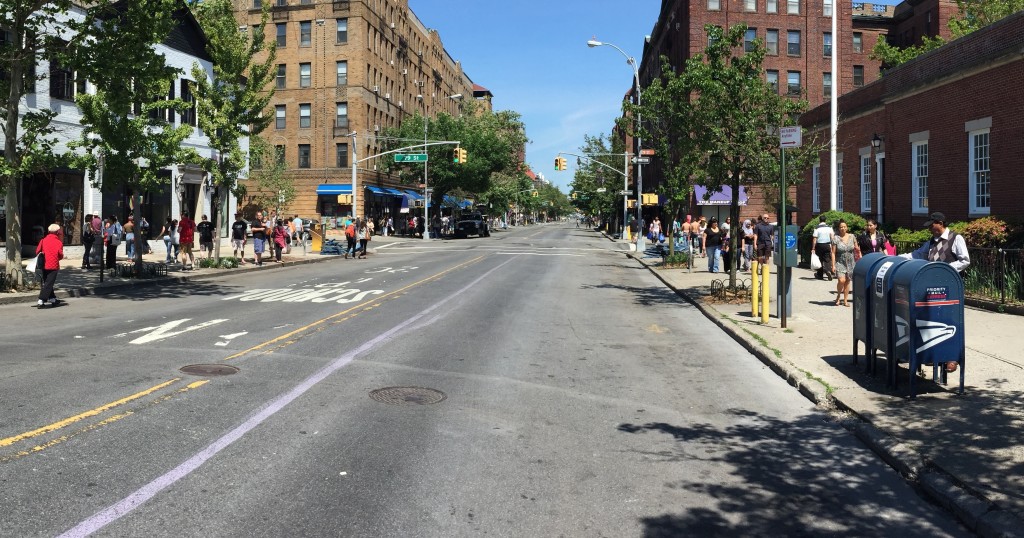 I'm sure there are plenty of you livable streets champions that have documented this phenomenon. I've seen it often. And yesterday was just another fine example of it. 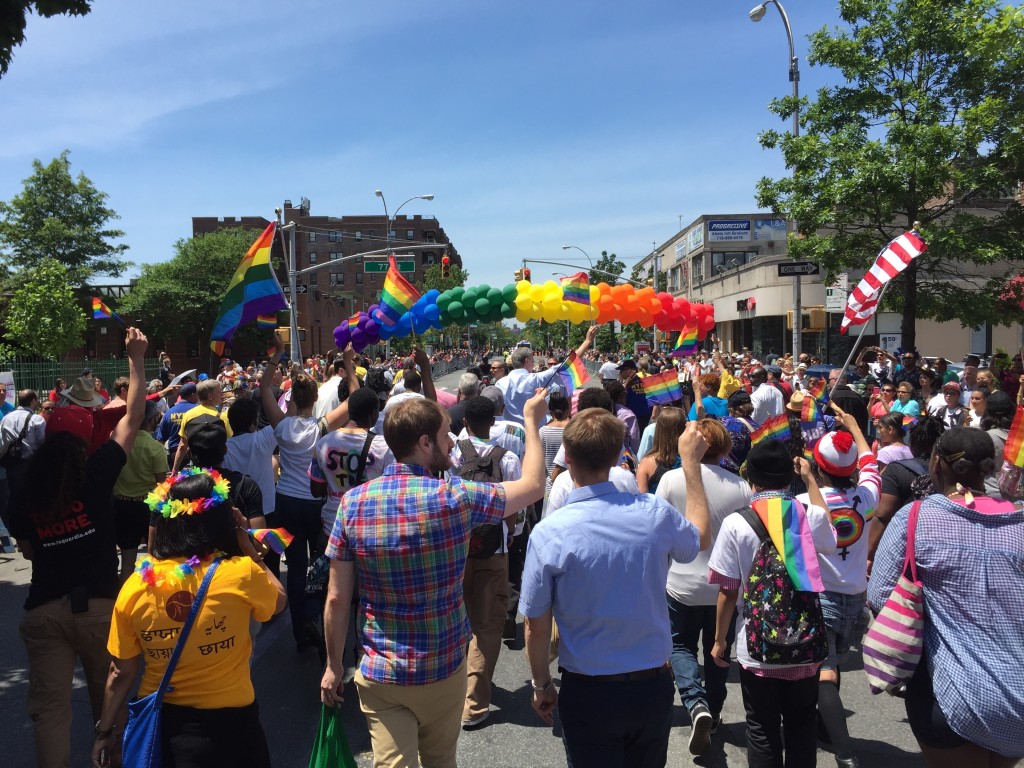 I was lucky enough to be invited to walk with Mayor de Blasio's entourage yesterday in the Queens Pride March in my neighborhood of Jackson Heights, which is always a festive & colorful event. But once the parade was over, even though the streets were still closed down to vehicles for roughly an hour afterwards, I noticed about 98% of people chose to walk on sidewalks instead of the roadway, even the edges. 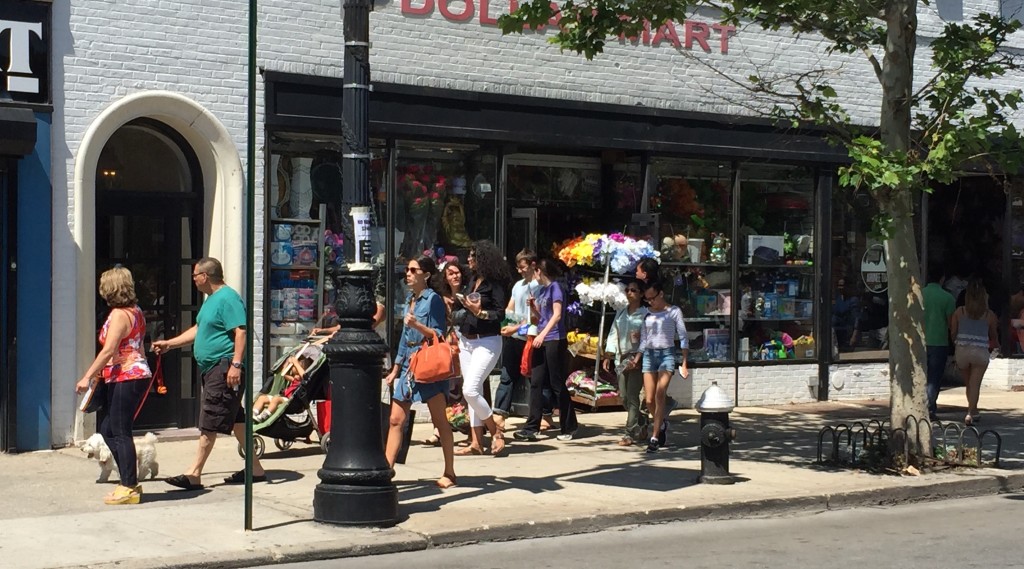 This despite no barriers as the sawhorses were removed or disassembled. Despite no cars parked and virtually no cars driving save for the occasional NYPD squad car or sanitation vehicle. Despite no one forcing people to walk on the sidewalk. So I took a stroll right down the middle. A dozen blocks. Not one officer or person said a peep. During that time I saw only five cyclists, one skateboarder and perhaps a handful of people even venture slightly off the sidewalks. I've never felt more at peace in my own nabe.

I wanted to shout to people to use the streets and ignore their "conditoning". There were probably a good 40-50 people strolling on most blocks, all on the sidewalk. (Just count the numbers in that top photo!) At one point I ran into my friend Phil who's also a livable streets advocate and we had a pleasant, long conversation right in the middle of 37th Avenue. 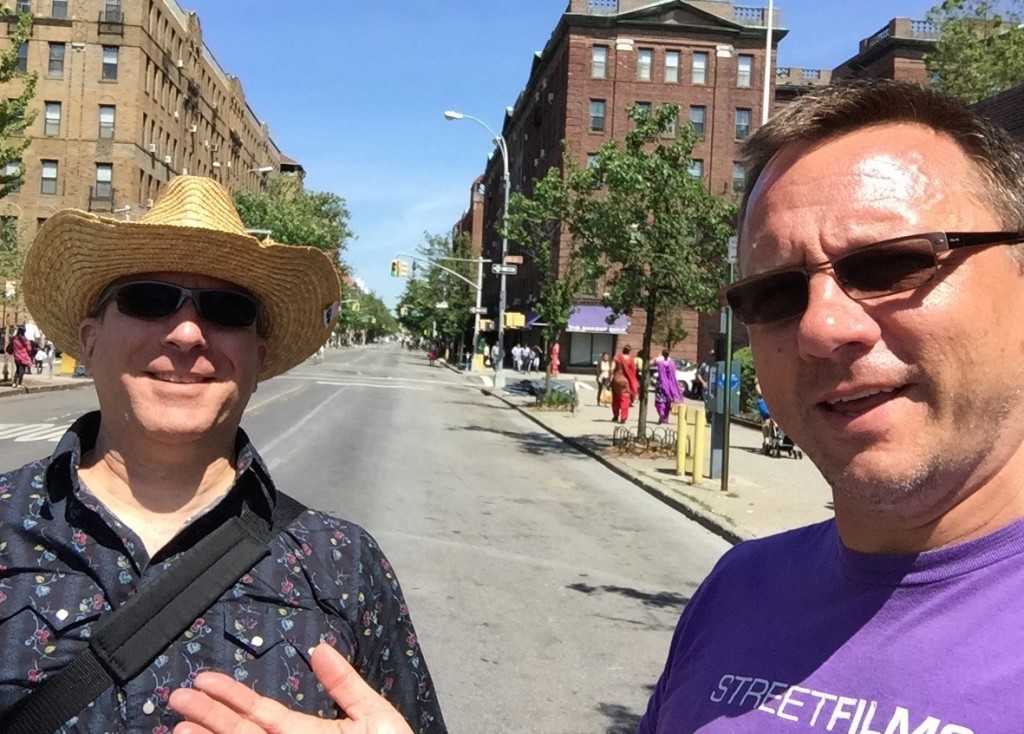 But I have seen this often in NYC and other places where there's an opportunity due to some event that there is a temporary open street. Sadly, it's only when people are directly invited to use the street that they will - like summer street fairs or ciclovias that have vendors and programming already going on in the streets. I thought it was such a shame that folks didn't take advantage for an hour (or even a few minutes!) to experience what a street with no cars, no parking feels like. It's so rare we get that opportunity.