Is This the First NYC Community Board Meeting Held in a Public Plaza? 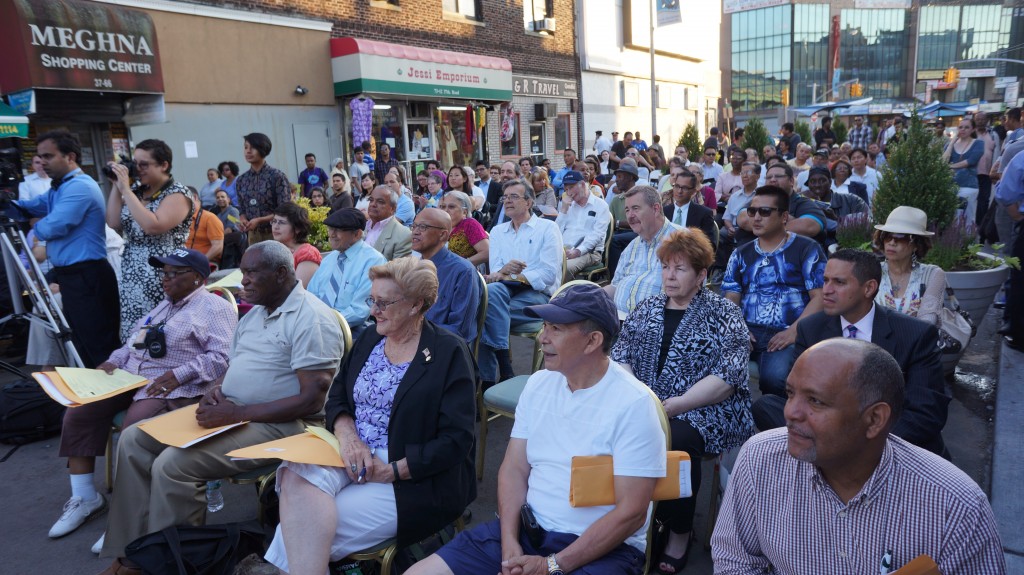 I can't say with certainty that this is the first NYC community board meeting held in a public plaza, but it certainly is the first I've heard of in my 22 years in New York City. On Thursday, Queens Community Board 3 held their monthly meeting amid the hustle and bustle of Jackson Heights' Diversity Plaza on 37th Road between 73rd and 74th Streets.

By my count the meeting began with at least 150 people seated or standing. Plenty of on-lookers stopped by and admired the proceedings. The plaza was quite crowded. 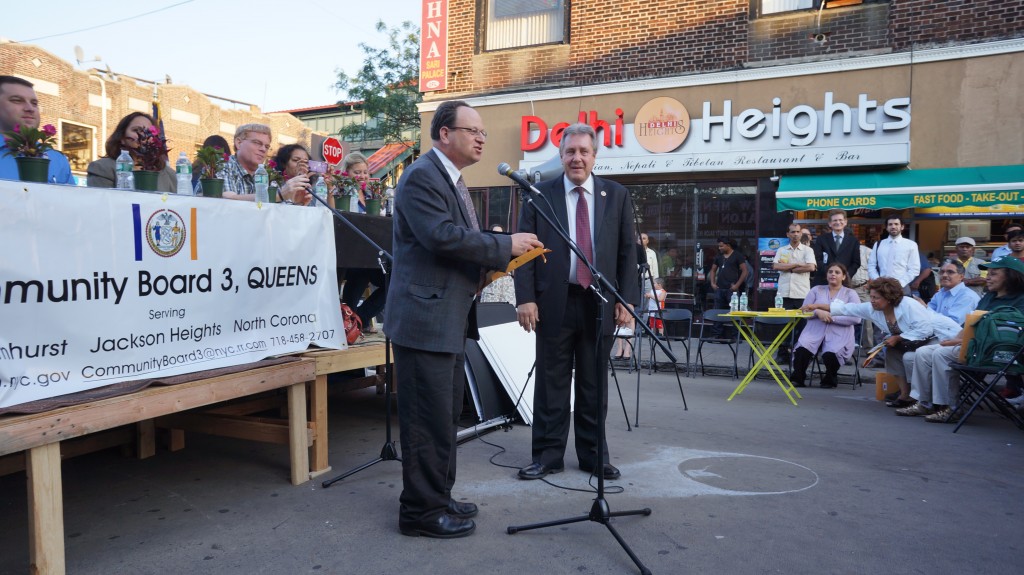 City Council Member Danny Dromm (to the right of the mic), an early and vocal supporter of the plaza, spoke to the crowd. Without his steadfast leadership, there's a good chance this meeting space wouldn't exist.

I certainly hope this becomes a trend as more public plazas are installed throughout the city. After all, plazas are about democracy in action, meeting places to exchange ideas.

And although there will always be issues with some background noise in meeting outside, I'd be much more inclined to attend an outdoor event than being stuck in a hot auditorium or office space. Maybe Queens Community Board 3 just showed the other 50-some-odd NYC community boards a better way to make their meetings more accessible to the public.