Every since last year's announcement that the city of Oslo, Norway was attempting to make its city center car-free by 2019, I knew that it had to be a Streetfilms destination this year. It did not disappoint. As usual I got to interview a quality mix of residents from Oslo's new Mayor Marianne Borgen to owners of Oslo Velo's bike coffee shop to the night clerk at my hotel who was a big fan of the city's decision to go as car-free as possible.

I think you'll love what I got. You can expect a moderate-length Streetfilm from Oslo sometime near the end of September, but until then I have a few other extra bits to share, some tangentially related to the story. The above video is excerpted from my excellent interview with Frode Hvattum, the Head of Strategy for Ruter (Oslo's transit agency) and in the background of the interview I saw how quickly buses load/unloaded in the downtown. And since we have been partnering with TransitCenter on a number of Streetfilms, I just had to ask about it. 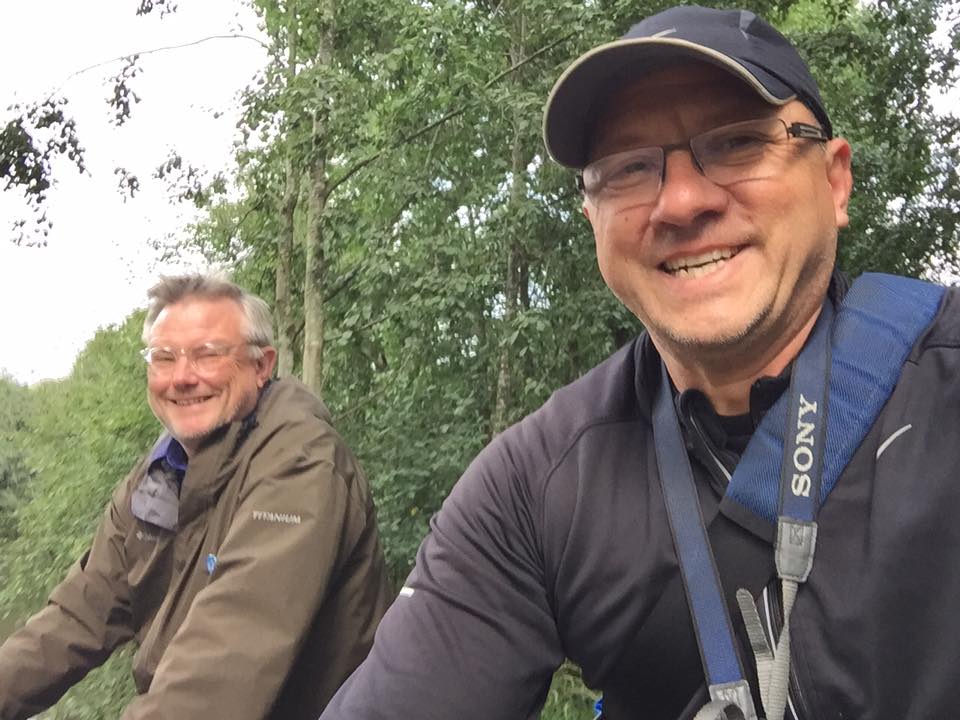 The above photo is me riding with Sverre Landmark, who works as Market Director at Aspelin Ramm, a large developer of responsible urban spaces and properties.  People usually assume that I have lots of free time while traveling to do all sorts of sightseeing and take in plenty of culture. That's mostly not the case. But this time I did get one nice treat when Sverre took me on a bike ride from the city's reservoir system (only 8km from the city) down the Akersevla River, many refer to it as "Oslo's Central Park."

Likewise, I got to have a bit of fun while shooting video at the top of Oslo's Opera House which turns out to be one of the most magnificent public spaces I've ever been to. Here is a very short bit on my hike up, as you can see the view is lovely.

Oslo has a great new bike share system which translates to City Bike. It's their second such system and much like Washington, DC on their second try, they really got it right. It's a wonderful bike. Light, steady and an incredible density of docks and bikes in the downtown core. Everyone is biking about the city using them. The phone app for it is nothing short of incredible, while approaching the dock you can sign in and reserve a bike as you are walking up. Seriously, until I knew that's how it worked I thought people were going up and just stealing whichever one they wanted! 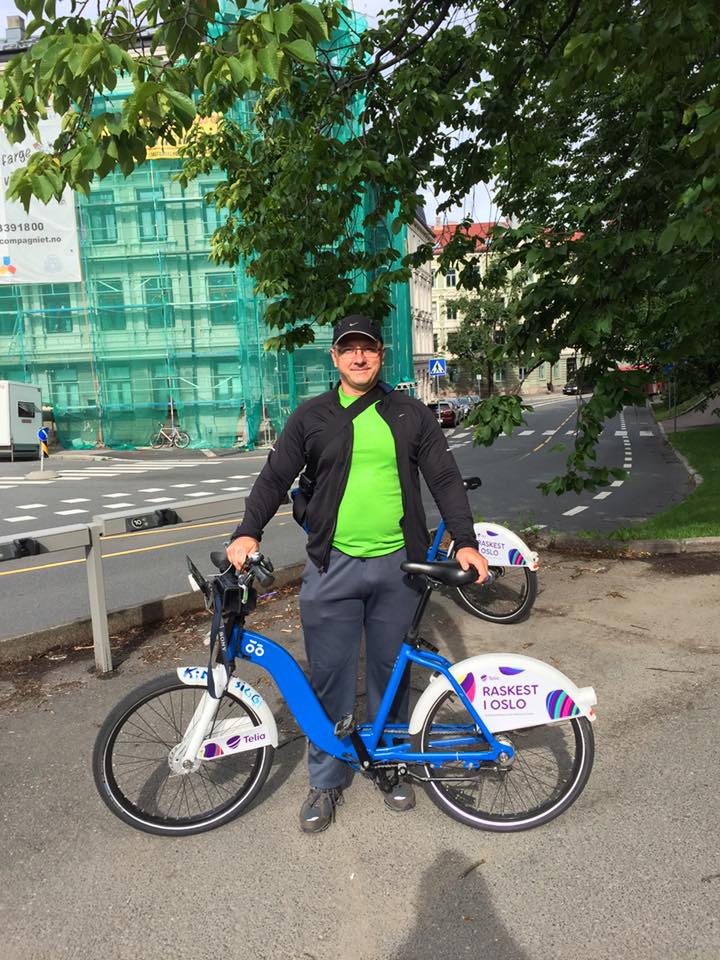 By the way, Oslo's City Bike was my 24th city bike share ridden in the world. Earlier in this trip I also got Malmo (22nd) and Copenhagen (23rd). I will hopefully be adding Vancouver (25) and Seattle (26) in September. Now I'm not sure if that makes me a world leader, but surely I must be a viable contender! I have two close friends (Aaron Naparstek and Ian Dutton) who have entered the low 20s as well.

Please check back often, so much more coming this Fall!