Gasp, was it really eight years ago PARK(ing) Day San Francisco 2006 happened? It only feels like a few years have passed. I'll never forget being in Oakland visiting a friend and learning that PARKing Day was happening the following day. I got up early, jumped on BART with my camera and went looking for all the spots inspired by Rebar, a unique & awesome art and design studio in San Francisco.

What a day. I never had so much fun as an in-the-moment filmmaker. I shot for almost 8 hours straight and by the end was exhausted and nearly dehydrated. But as I saw the energy and the diversity of the spots - and the underlying message in Rebar's mission - I knew I had to churn out a film fast. 36 hours later the above film debuted on-line. It was easily our most popular film for the next two years until Bogota's Ciclovia Streetfilm surpassed it.

Since then PARK(ing) Day has really launched a worldwide phenomenon and inspired the awesome parklet movement. It has given regular citizens a chance to see how we can re-purpose parts of streets for cafes. mini-parks, and bike parking. Streetfilms continued documenting PARK(ing) Day in NYC and 2007, 2008 and 2009.

But we've also been documenting many of the street improvements PARK(ing) Day has helped usher in. Momentum Magazine captured in text so much more brilliantly then I can write, but below are a few Streetfilms that you can see PARK(ing) Day DNA and the metamorphosis of asphalt to something far better for human beings.  Enjoy! 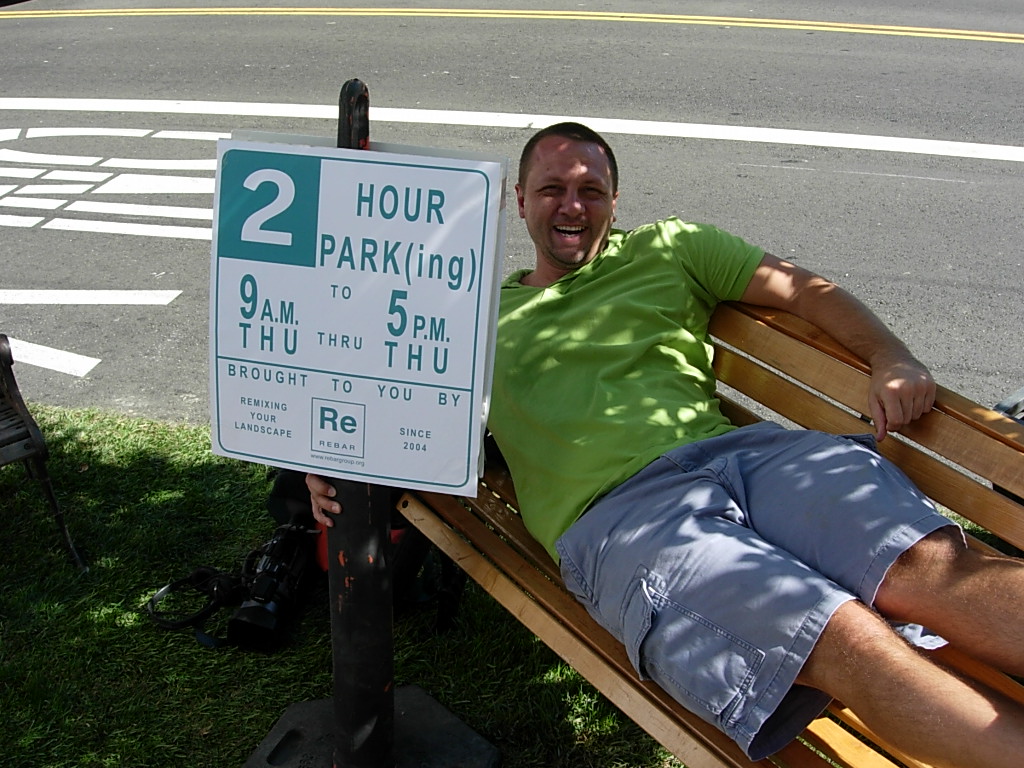