Here's one you might file under Not Ad Nauseum: a new commercial with bikes being used in a positive way to have fun, recreate and see your city.  The product being pitched?  The new Toyota Scion. Watch below.

First off, this is a very nice, hip and pretty ad.  It introduces us to Daniel Farahirad, a bicycle retailer in downtown L.A., who uses a Scion to (sometimes) transport his bike out of the city to ride and race. Compared to many of the ways car commercials demonize or make fun of cycling, it's a welcome addition. 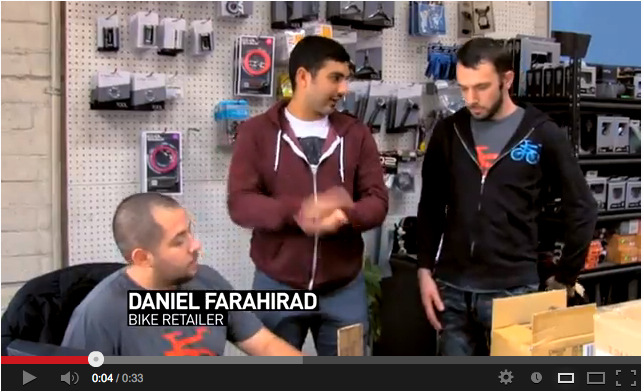 But the intent is clear: with car ownership down among the younger demographics and Americans in general driving less, car companies need to up their game and market the car as groovy and more attractive, especially to twenty-somethings. The spot ends with a narrator question, "Making Cars Moves Us, What Moves You?"

According to iSpot.tv, since this commercial debuted in February, it has only aired about 100 times nationally.  I've noticed it mostly airing on networks like MTV, G4 and Comedy Central, younger watchers on those networks for sure. 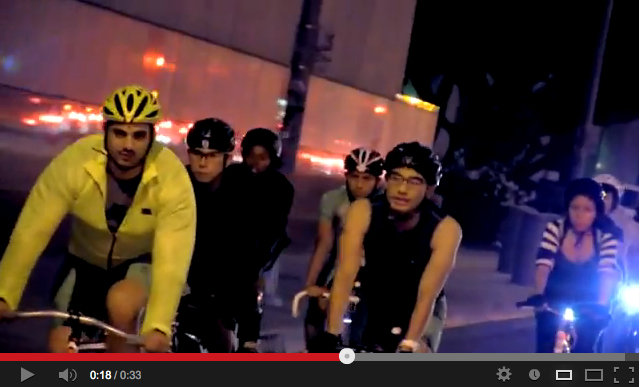 One thing I noticed, in every shot the cyclists are wearing helmets - yes even inside the car - which we know is not a reality in the real world.  At one point the shop owners are shown fitting a younger rider before a group jaunt on city streets.

Although I am sure some cyclists may still take issue with the spot, there are quite a number of fun scenes of city riding, which is refreshing in any commercial featuring bikes.

As usual, as I keep an eye on the airwaves. I welcome your thoughts.