Ah yes, that's the now-famous "Snowy Neckdown Redux: Winter Traffic Calming" Streetfilm above. As you may recall, I shot the video in my Queens neighborhood of Jackson Heights a few years ago to demonstrate how we could extend our curbs further into the streets to slow drivers and shorten pedestrian crossing distances. Then the idea completely blew up this winter with the #sneckdown hashtag causing a media sensation.

Now, as you can see in this series of photos, I can report some unexpected progress. 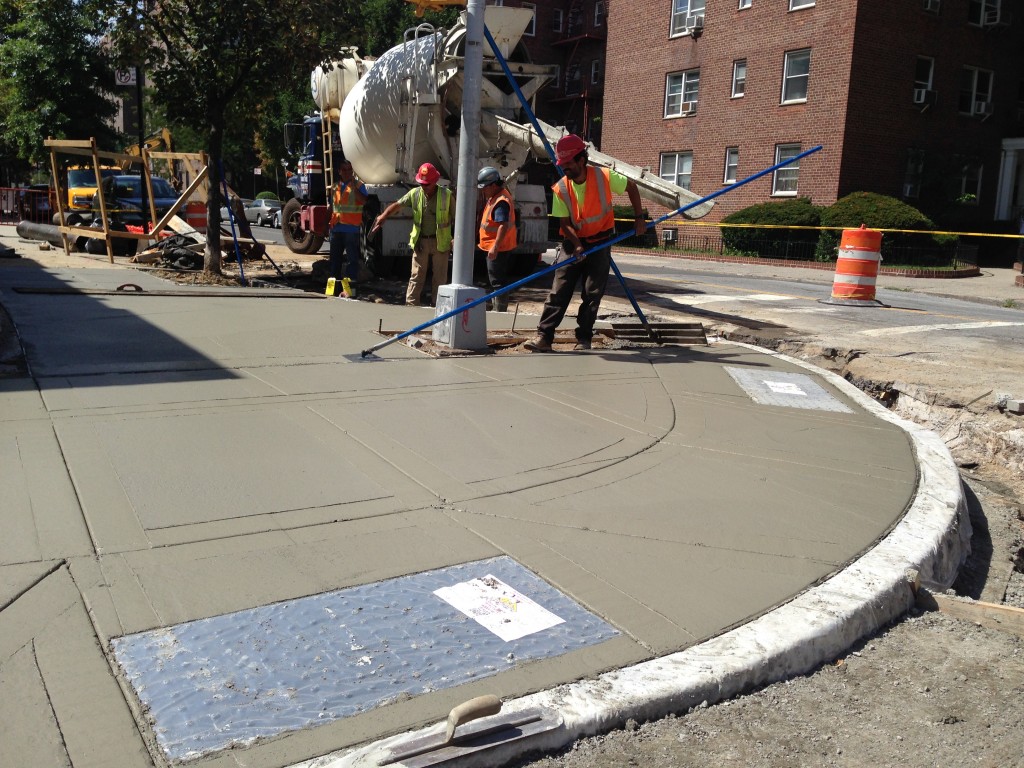 In the last week, curb extensions have sprung up at many of the intersections I documented in the video (and photos). It looks like neckdowns will be installed at 81st, 82nd, 83rd, and 84th streets on 35th Avenue, a stretch that has seen its share of car violence, and maybe more are coming. 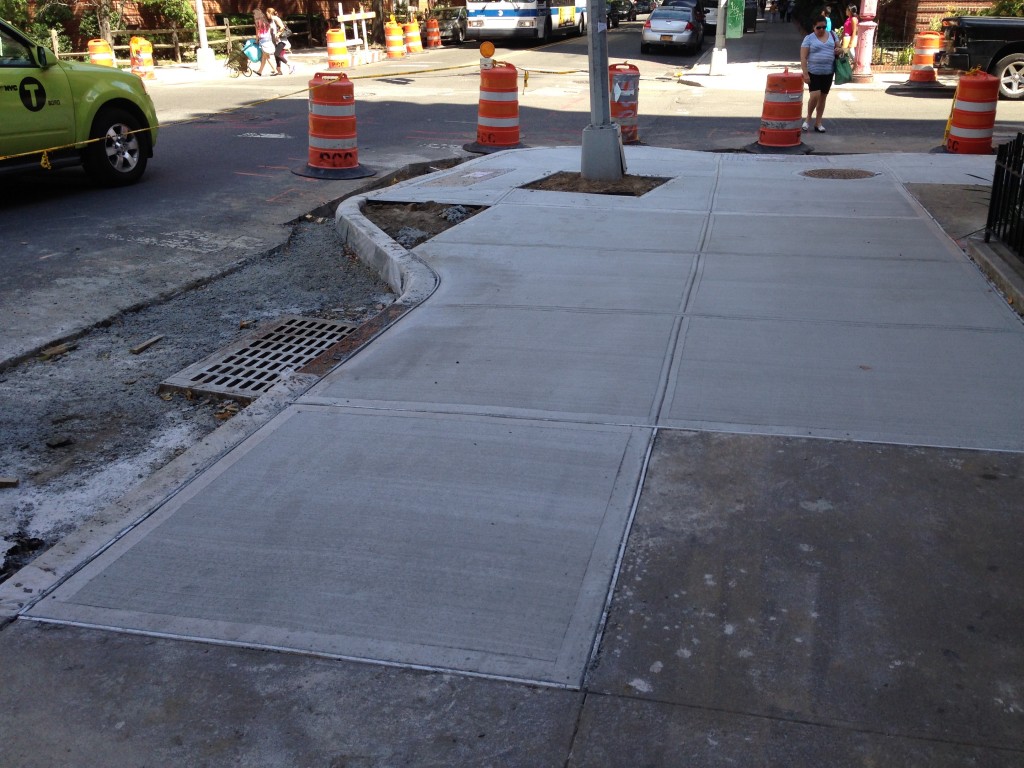 Slowing traffic in this residential area is especially important. There are many schools nearby, and lots of senior citizens crossing 35th Avenue. And this type of traffic calming is perfectly aligned with the new 25 mph default speed limit set to take effect in NYC this fall. 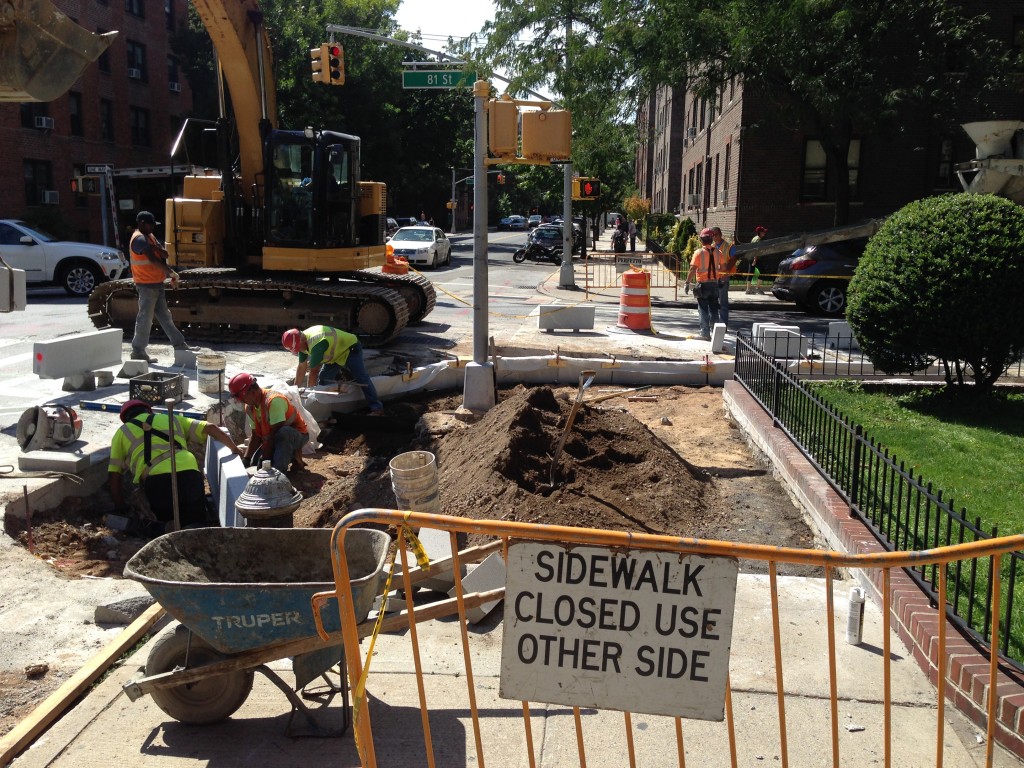 People in many other cities did their own photo documentation of sneckdowns this winter. It'll be interesting in the coming months and years to see if sneckdown mania helped lead other local DOTs to take action. Let me know via @Streetfilms on Twitter using the #sneckdown hashtag or tell us about it here in the comments.