Saturday was another spectacular debut for NYC's Summer Streets 2010.  As usual, lots of antics, fun and modes of recreating, but the big story was the new trio of "dumpster pools" installed in the shadow of Grand Central on 40th street.

One of the most amazing aspects of Summer Streets is how many folks you will run into while traipsing the nearly 7 miles of streets open for pedestrians, cyclists, bladers, runners, stroller parents, dog walkers, families, and so much more. And as usual, Streetsblog readers, Streetfilms, and a myriad of activists were out and about.

I left the video camera at home (let's face it, with the media feeding frenzy around this event it no longer needs our promotion) but I got a few photos worthy of posting.  Here are some highlights.  Enjoy. 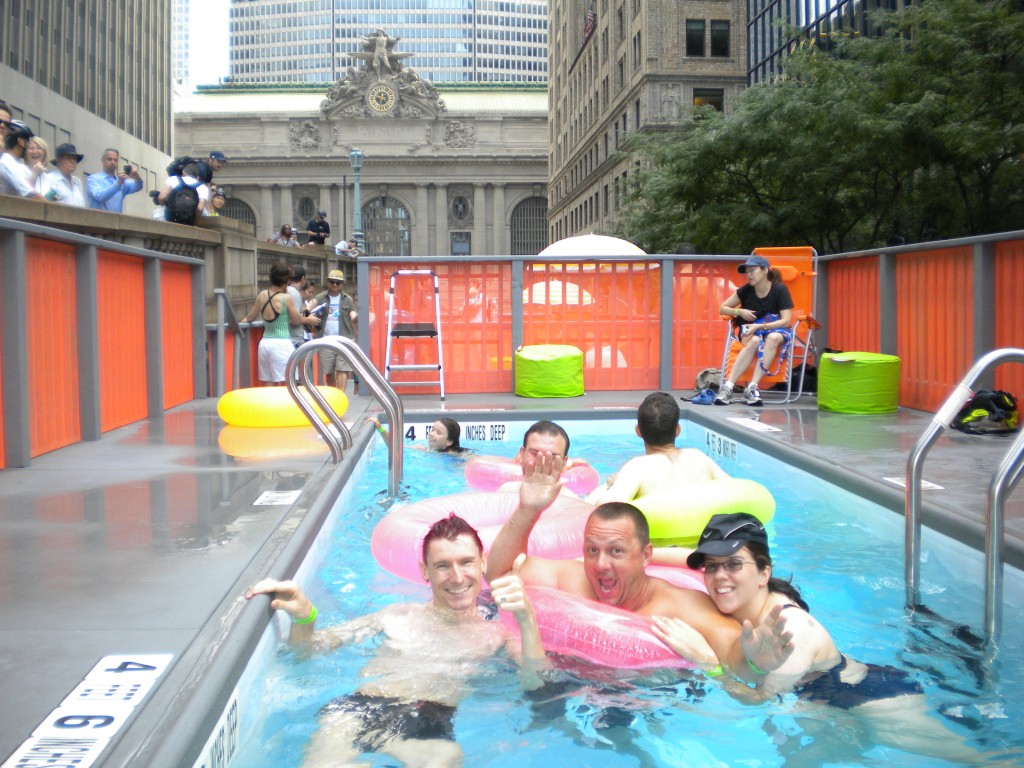 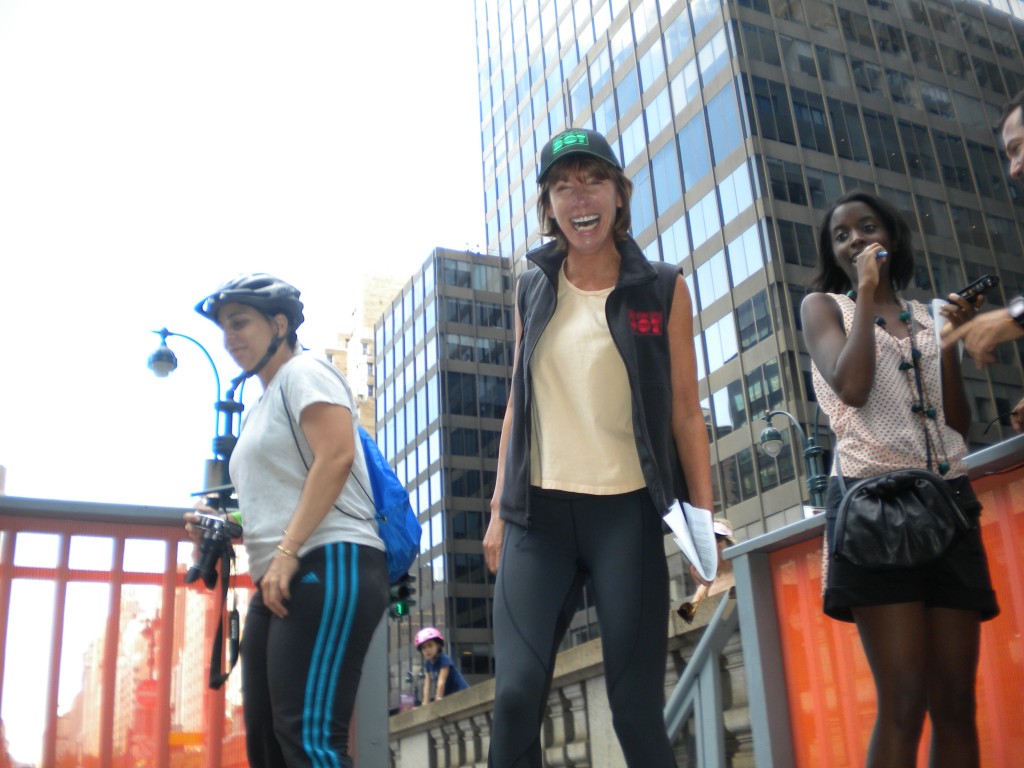 NYC DOT Commissioner Janette Sadik-Khan stopped by the pool for a live interview with NBC and was pleasantly surprised to see us splashing about. 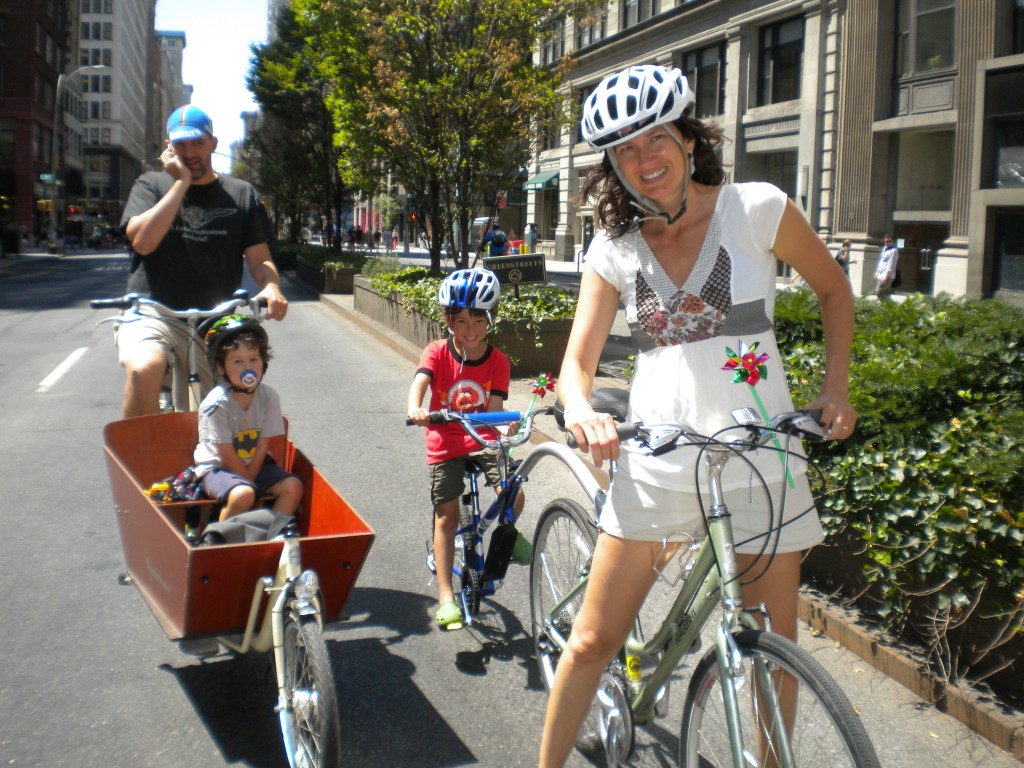 Summer Streets is all about families. Streetsblog founder Aaron Naparstek, pulled over to take a phone call with his family: Joanne, Arlo and Saul. 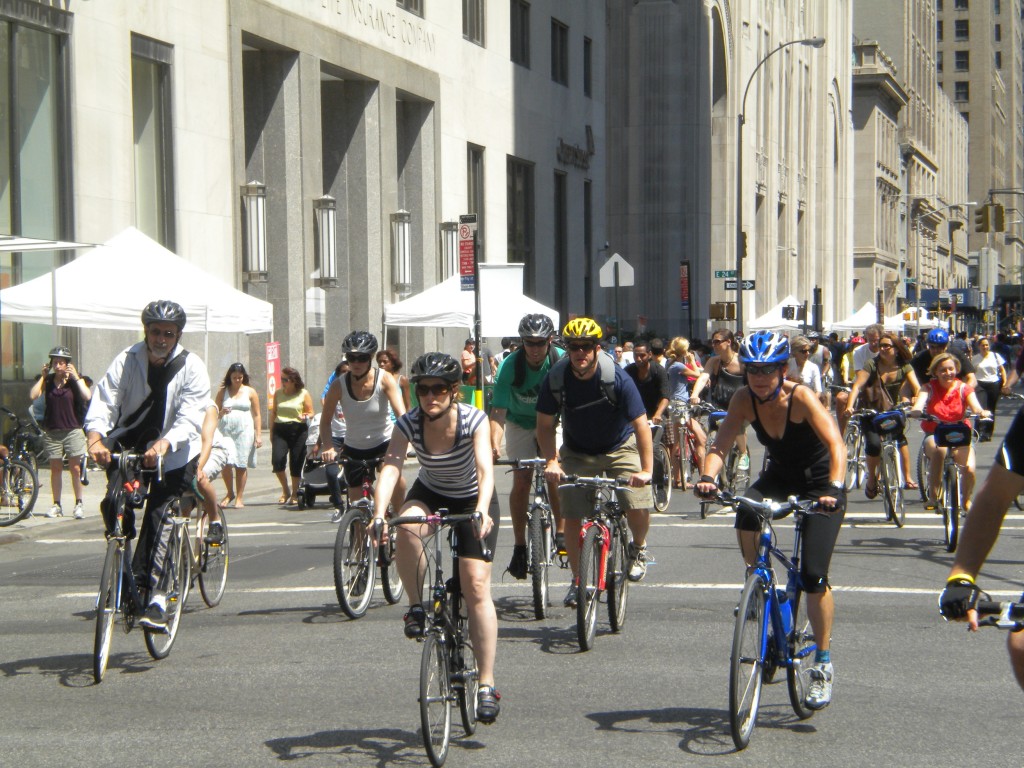 Cyclists were out in large gaggles on Park Avenue. 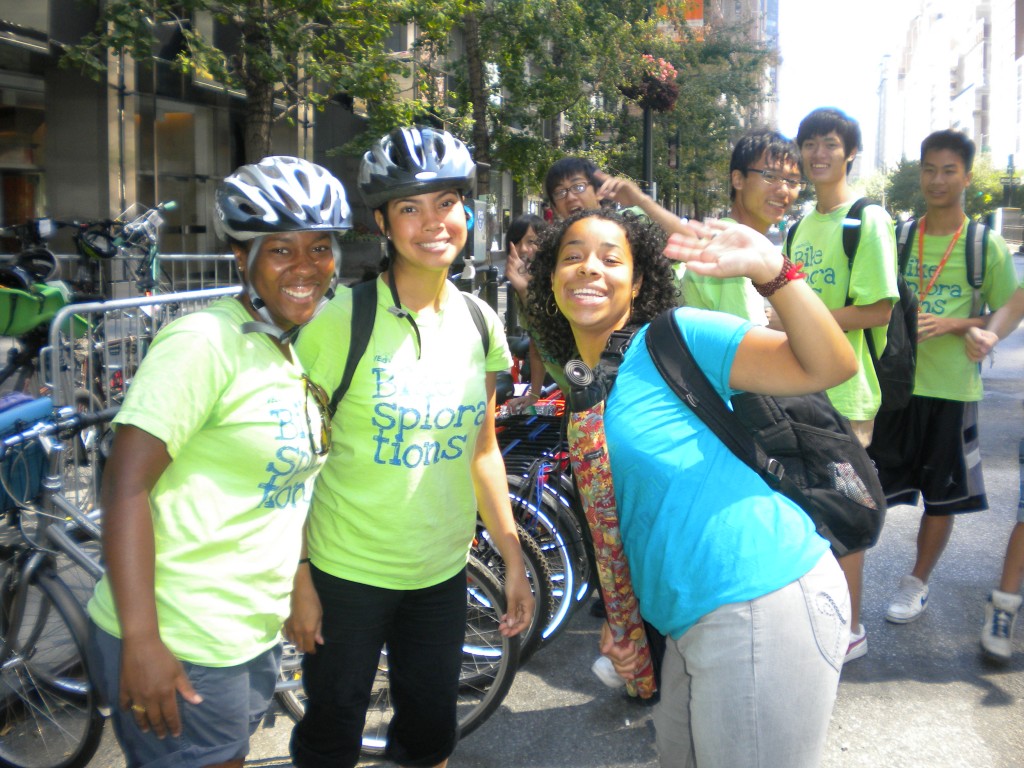 Streetfilms' intern Dahlia Ramsay joined Velo-City's Samelys Lopez and Karyn Williams for a ride with the kids from their Saturday program. 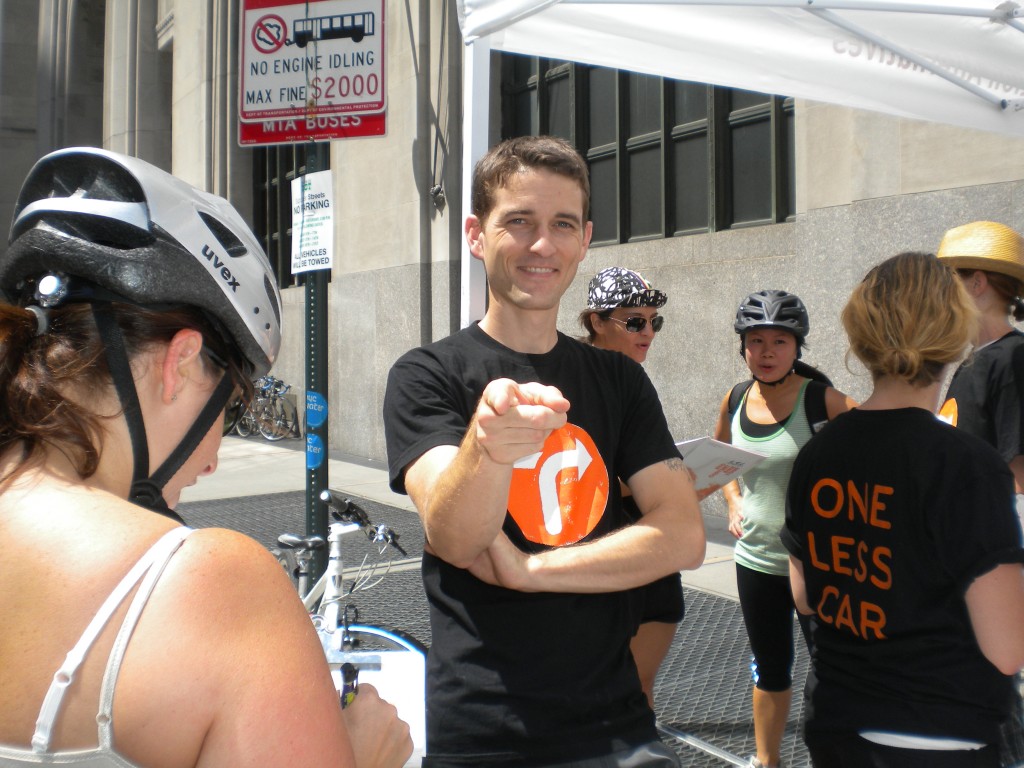 Ryan Nuckel of Transportation Alternatives spreads the positive of message of safe bicycling and walking in New York City. 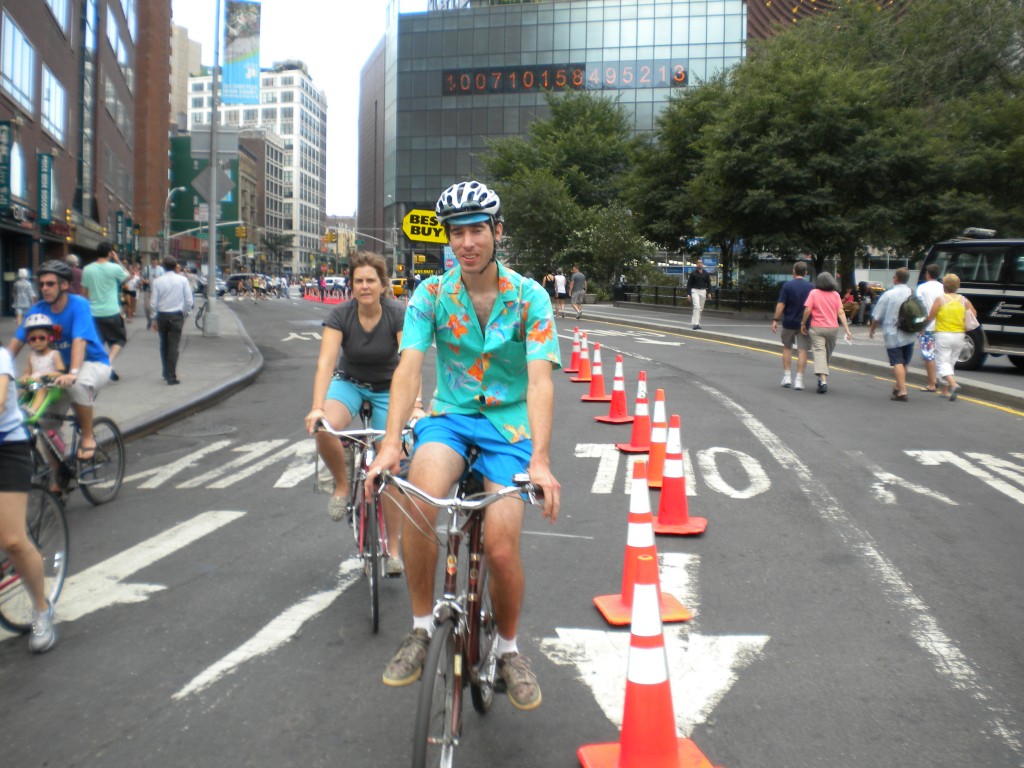 Sporting beach attire, Noah Budnick of Transportation Alternatives and his wife Amanda made their way to the pool. 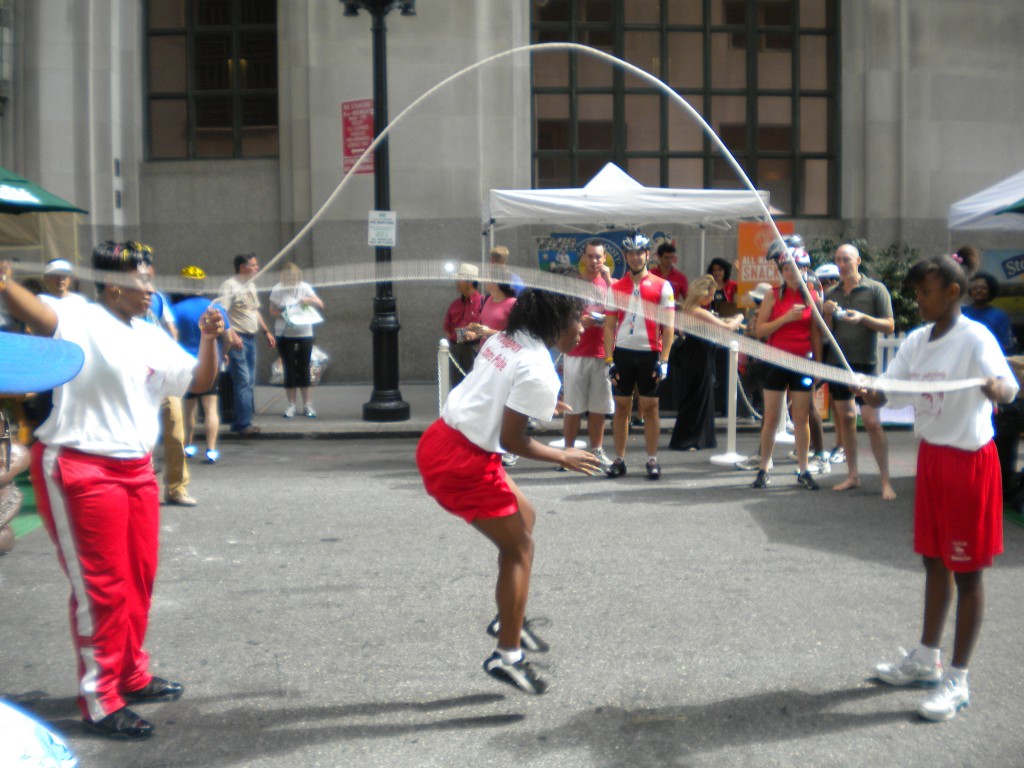 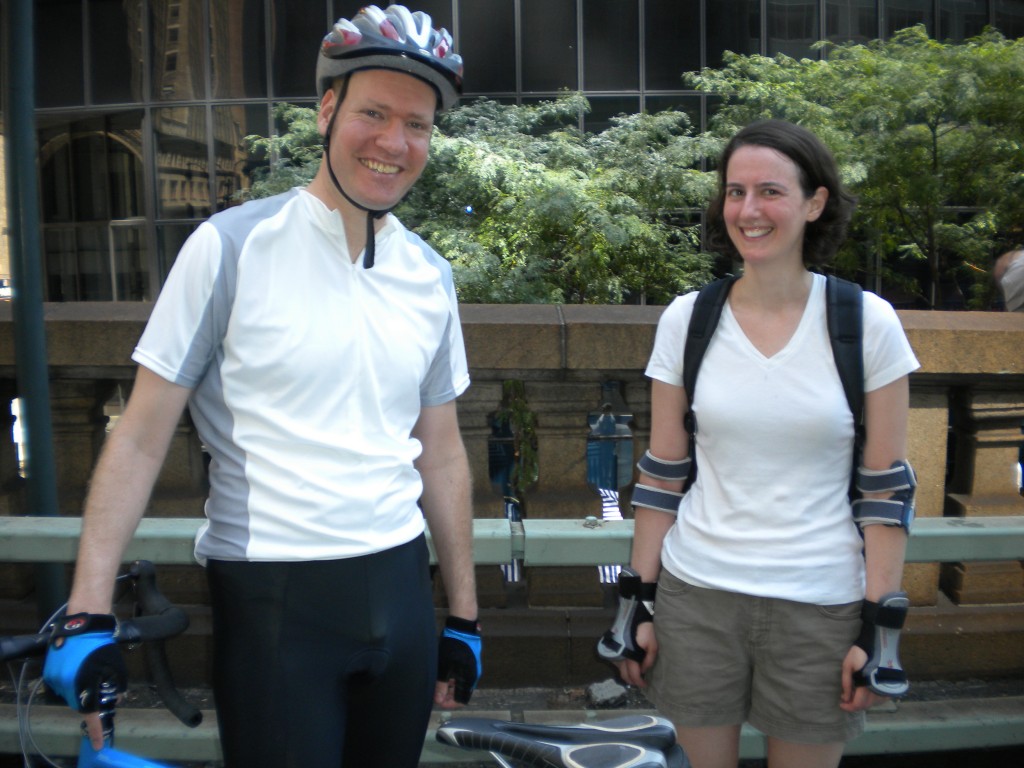 While running, I stopped just long enough for a quick shot of Aaron Friedman who has turned Make Music NY into an awesome yearly NYC staple. 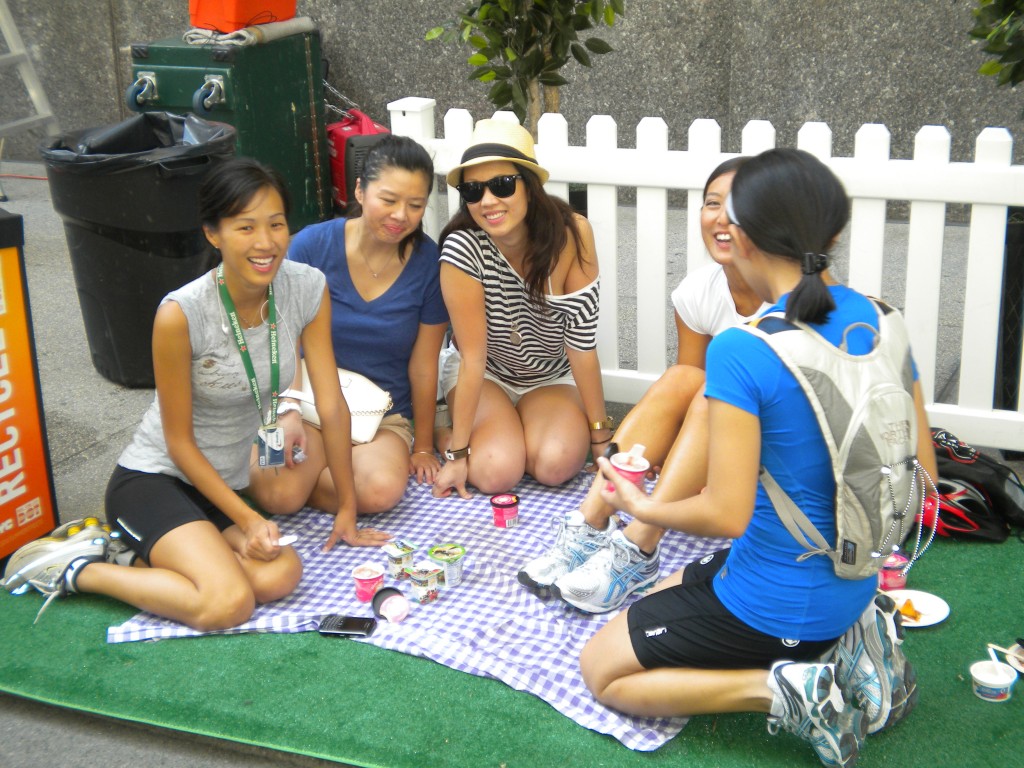 Lots of picnic spots to be had up and down 25th Street.

Only on Summer Streets days can you get this close to some of the grand statues that line the viaduct over Grand Central. 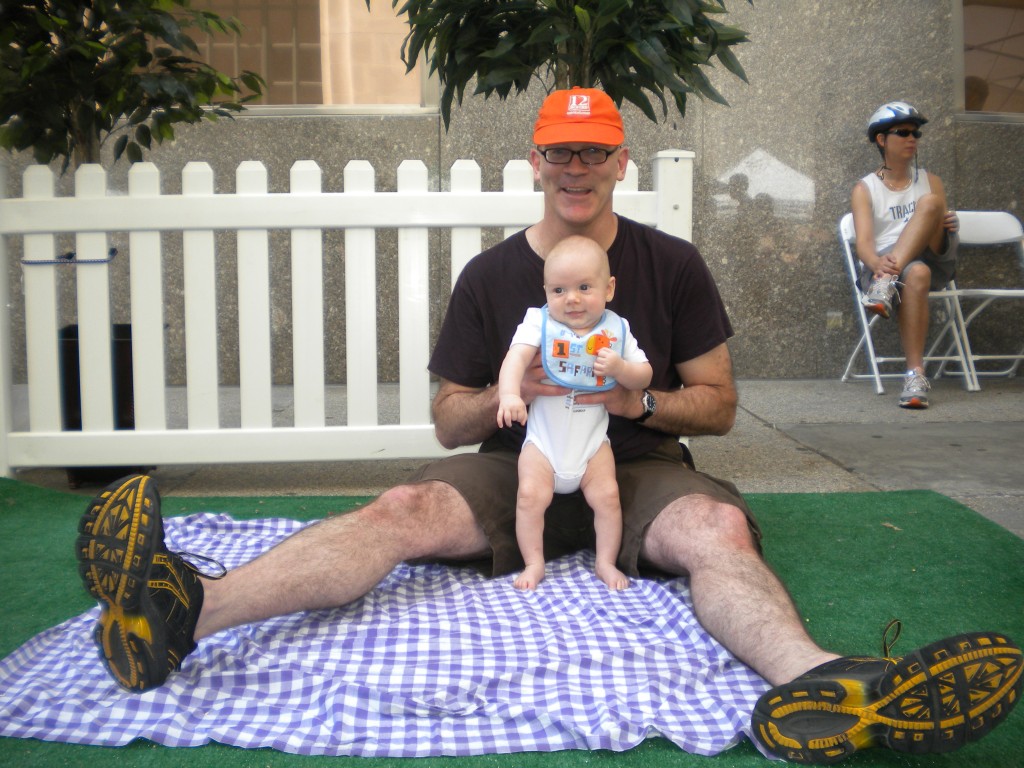