Our newest video showing new-fangled bike stuff from Copenhagen was such an immediate hit (30K plays in 3 days!) I decided not to wait to post a "bonus" video showing the respectful cooperation between turning drivers & cyclists. Why? Well we all know the dreaded right hook collisions that happen often in the U.S. and other places.  In Copenhagen they're almost unheard of which is thanks to the education drivers must go thru and the traffic safety all residents get taught while in grade school. Plus: with a bike mode share of 42% that means that most drivers are likely cyclists sometime during the week.

The primary goal of this Streetfilms swing was to visit Stockholm, Sweden and talk to residents & experts about walking, biking, transportation and livability. Also: Vision Zero, a term which has been embraced NYC Mayor Bill de Blasio as a program to cut the number of traffic deaths on the streets of New York. I was very lucky to have Mary Beth Kelly from Families for Safe Streets accompanying me and we met with Claes Tingvall, the Director of Traffic Safety at the Swedish Transport Administration. Above is that full interview, but you'll also be seeing him in at least one other Streetfilm in the near future. 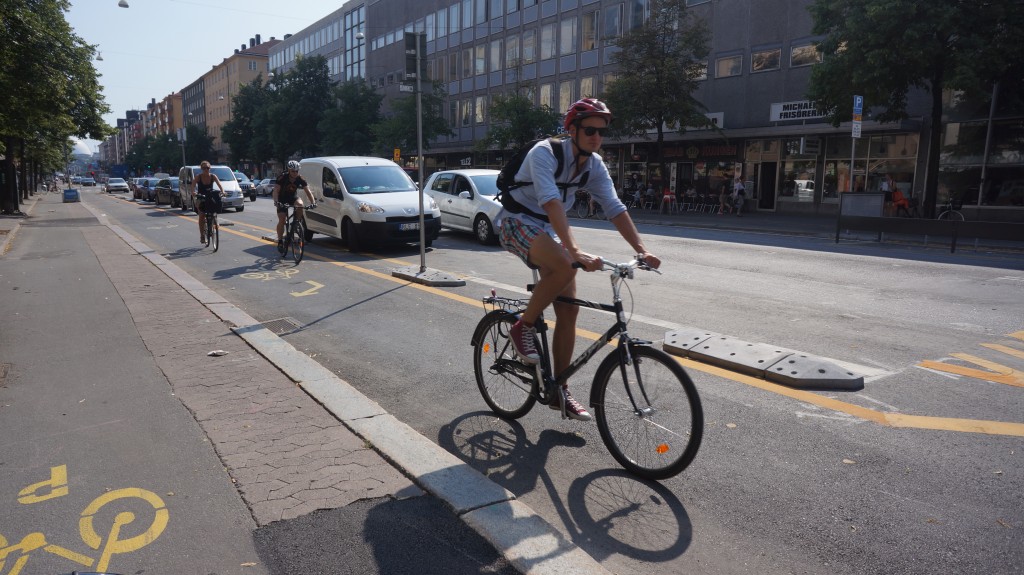 The above photo is from Stockholm and is what I envision as the future of NYC protected bike lanes. Recently, they've began a trial study in Södermalm on Götgatan Street, by upgrading an older, narrow bike lane (see it to left in photo) by removing a travel lane for cars and moving parking out, freeing up a wide space for bikes, which gets crowded at rush hour. 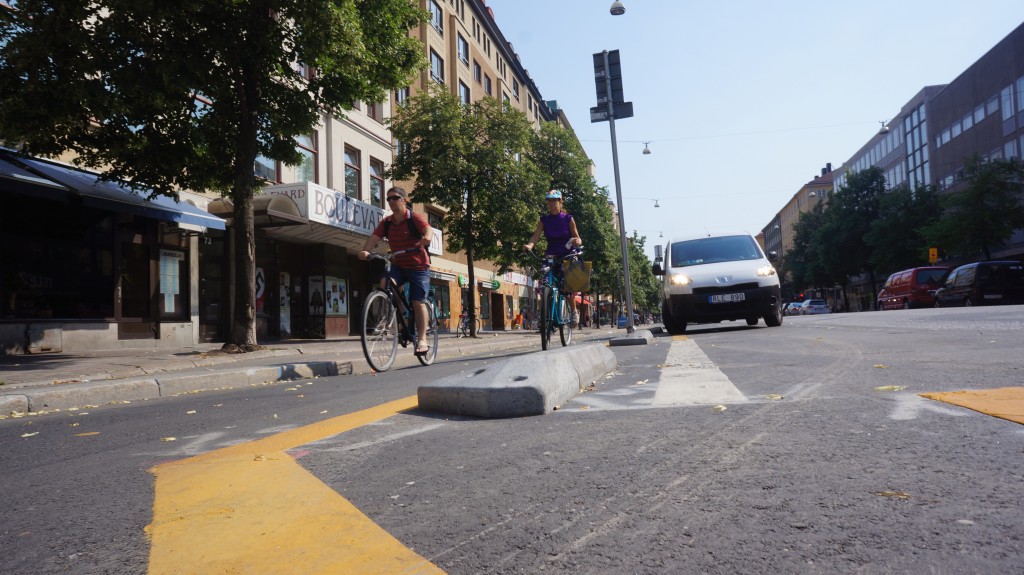 It looks a lot like the typical NYC style Avenue except that every few feet there are small concrete barriers, something that is cheap, easily deployable and would be a nice deterrent we could use in NYC lanes. 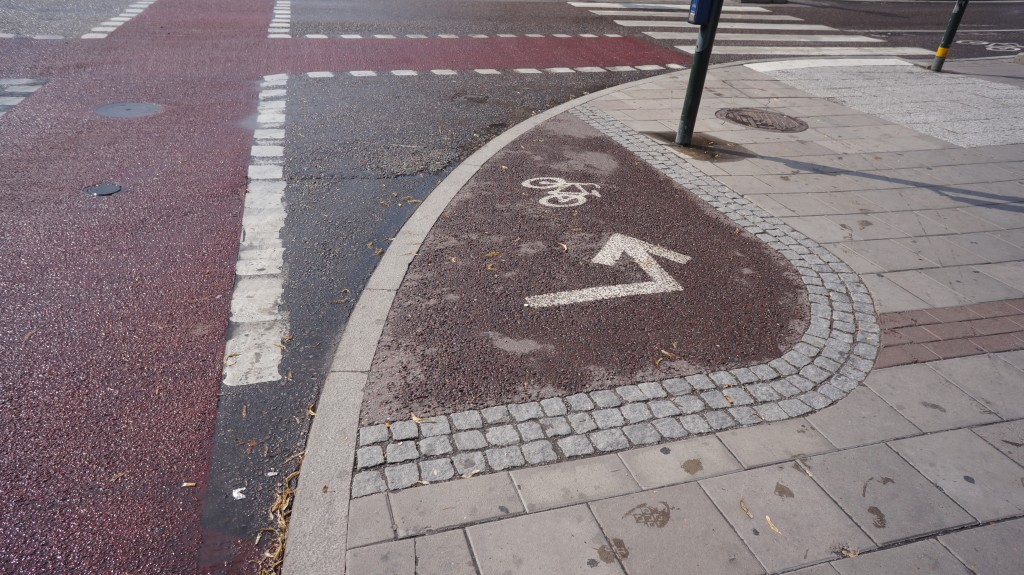 The same street also offers something I found, well, bike-adorable (see above). Most bike travelers are familiar with the "Copenhagen left" style turns, which is rolling up to the light and waiting across the street for another green to make a left. This is typical in Stockholm. And on the same street Götgatan, they have recently installed turning wait areas on all four corners via a nicely crafted nook in the sidewalk!

Finally, I had intended to get to Malmö, Sweden for a full day since I have always heard so much great stuff, but thanks to a bad back, jet lag and a long train delay, I only got to stroll around for a few hours. But I still wanted to show what a peaceful place it is and put together this short montage of footage of my experience. I will have to go back.