The Streetfilms story is an exciting tale of advocacy filmmaking.

Since the late 1990s, Clarence Eckerson Jr. was making short environmental films using only his
bike and feet to gather footage.  He was also the producer of a popular NYC cable-access program 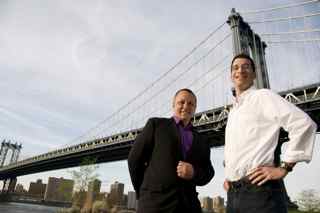 called bikeTV and in early 2005 venture capitalist/entrepreneur Mark Gorton caught an episode he enjoyed and hired Clarence to make films about transportation in New York City.

At about the same time a unique partnership was formed by many advocacy groups called the New York City Streets Renaissance (NYCSR), the primary goal of which was to encourage a citywide look at planning our streets for people and places, not cars and traffic. Many videos and promos were created and used to enlighten neighborhoods and politicians that things could be better. 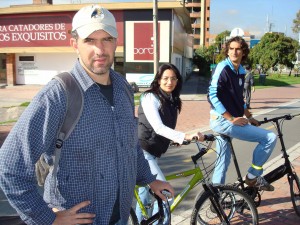 NYCSR helped foster a better atmosphere of cooperation between the NYC DOT and communities while also pushing for innovation, particularly the creation of more car-free, people-friendly pedestrian plazas.

Streetfilms first major publicity came following a visit to Bogotá, Colombia in late 2007 by introducing the advocacy community to the weekly car-free event in Bogotá called Ciclovia,  Since publication, that film has been viewed over 250,000 times and U.S. cities like Portland, Los Angeles, and San Francisco are just a few who have cited it as an integral resource inspiring their leaders to try a their own celebrations.

Similarly, our video calling for physically separated bike lanes preceded by nine months installation of that same kind of innovative facility in NYC. It spread debate around the country where cities Washington D.C., Chicago and Portland now have their own. 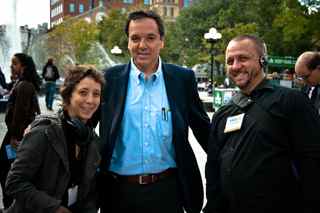 Though thousands of daily viewers watch Streetfilms on our site and beyond through embeds on hundreds of other sites, there are many other ways they are used: social media, digital files and DVDs, film festivals, and community screenings are plentiful. And as people share the videos that inspire them, Streetfilms brings more and more people to the movement for livable streets. 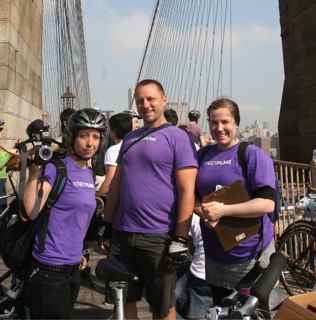