I see a lot of films. And since so many are shot on the streets of New York City, I'm quick to pick up on things that are inaccurate (or cool) about our quickly evolving transportation landscape.

I recently got the latest "Resident Evil" chapter on Netflix. Why? Well as I've told many people - I see prefer to watch bad movies because 1) you learn more from very bad movies than mediocre ones and 2) only from watching plenty of potentially bad movies do you discover the 10% of them that are truly great gems you can recommend to friends and look like a film genius. This film is not one of those.

In "Resident Evil: Retribution", there's a scene about halfway thru where Milla Jovovich our heroine-clone-computer simulation (or whatever she is) is in Times Square getting ready to kick some monster ass. She walks around a recreated Times Square except this 2012 video game world eliminates ALL the pedestrian space and crams it with parked cars.

Imagine this scene with planters, chairs and tables. This film missed out big time, those could be great livable streets weapons to use when battling monsters!!

Later when the world goes boom, cars are shown occupying what is usually a great pedestrian environment.

Well at least the animation artists managed to paint a city bus in there!

Of course I realize I'm being a little bit on the nit-picky side, but for those not Times Square livable streets buffs, here is what the right side of that screen really should look like. (And yes, the people dressed in Bugs Bunny costumes are commonplace.) 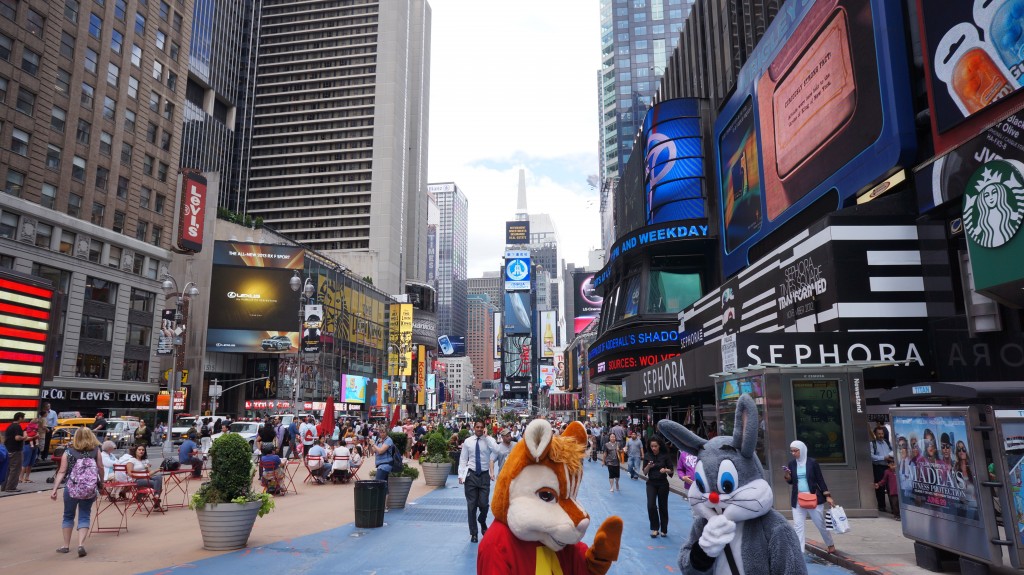 Keep checking back often, I have plenty of this stuff I'll be posting.