I can't help that I'm a obsessive creature when it comes to anything to do with transportation and complete streets.

But what really gets me irked is the awful treatment the movie industry to continues to spew on our wonderful car-free spaces in Times Square.  I've seen the roads of the once-snarled bow-tie still choked with cars in at least a half-dozen recent films - including here from the most recent "Resident Evil" picture.

Summer 2014 trailers show there are a few films coming out with scenes in Times Square. In what looks like it could be an otherwise tremendous film, "Lucy" stars ScarJo as a woman who develops some sort of telekinetic crazy super powers. However, as you can see in the top and  below snapshots those powers do not seem to include "Livable Streets 101" of Times Square. 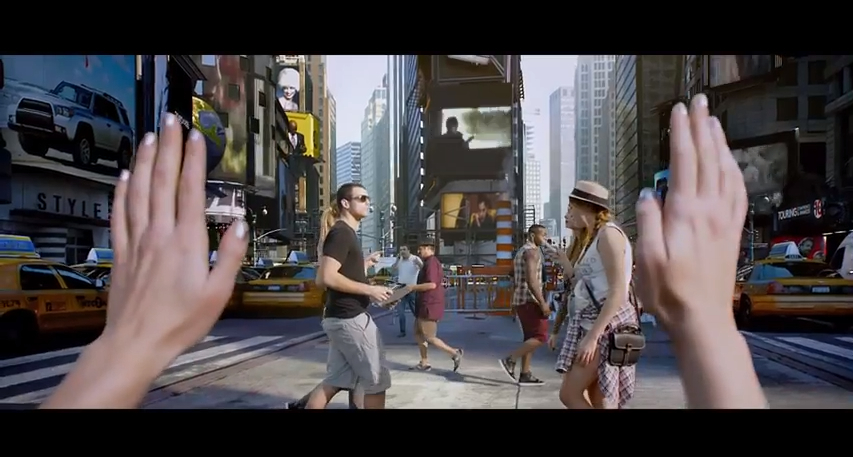 That's not to say all movies have gotten it wrong. It looks like the next Spider-Man installment will be returning to duel with evil baddies in Times Square. The sneak-preview trailer shows what appears to be a ped-friendly Times Square (though there seems to be a few blown up NYPD  vehicles tossed about.) 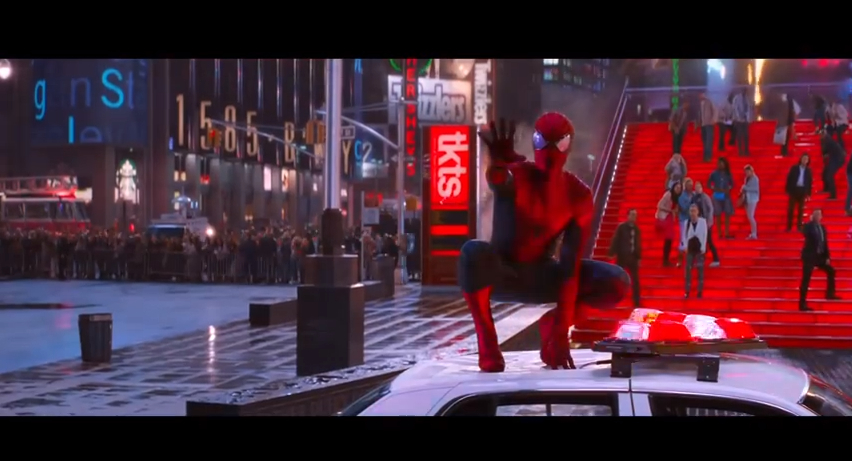 Of course there are also films that get it right, and then get it so wrong. Near the end of the first installment of "Captain America" (with Chris Evans, the man with biceps to salivate over)  the titular hero runs to a briefly car-free Broadway between 45th and 46th streets  buzzing with pedestrians in the rain. The solace of which is then destroyed by a fleet of S.H.I.E.L.D. SUVs invading it. Well what are you gonna do, I mean the omnipotent Samuel Jackson does have that bad-ass eye patch and all. 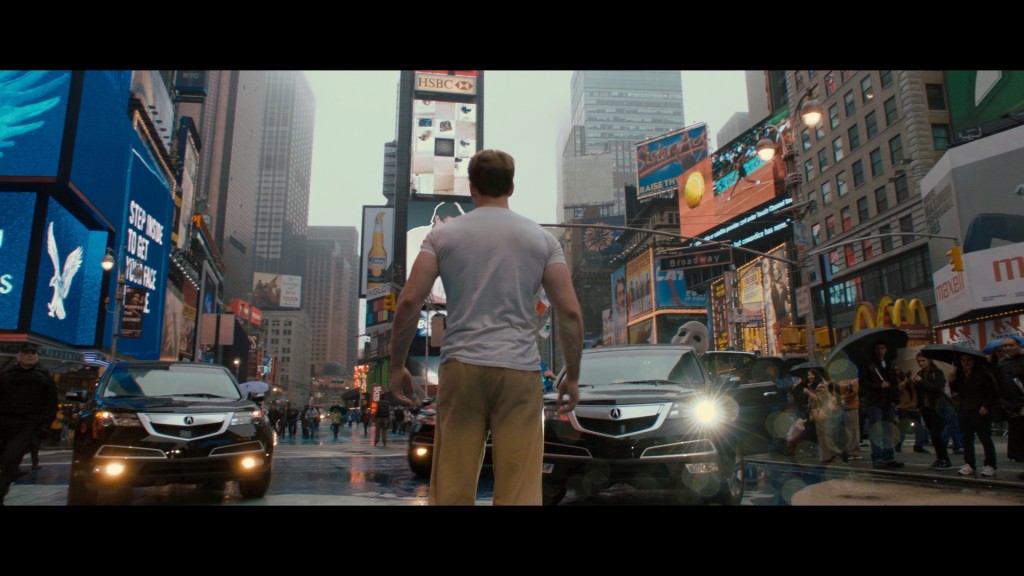 And I still haven't even touched on constant bombardment of tv shows and news stations that still use out-dated footage of the old Times Square in news stories and such. Heck, ABC's "Nightline" (below) is still using it in their open! It's only been nearly what? 5 years?!! And what makes it worse is their studio is adjacent to the car-free area!!! 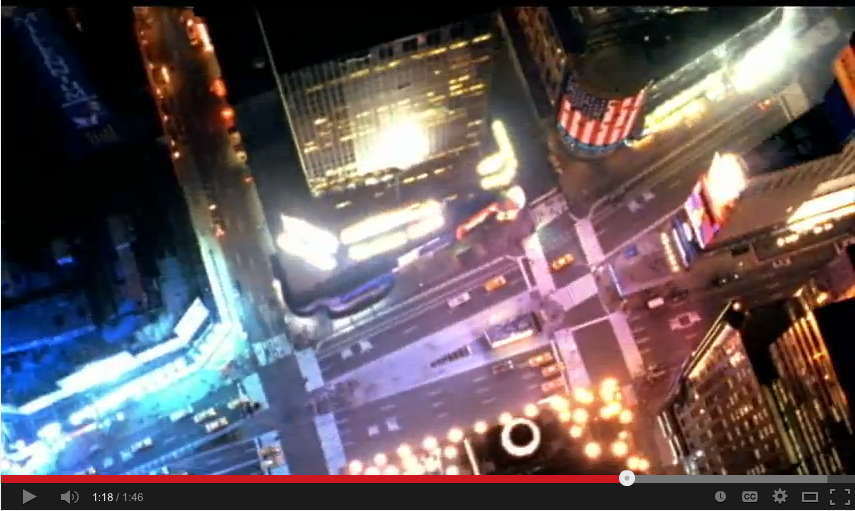